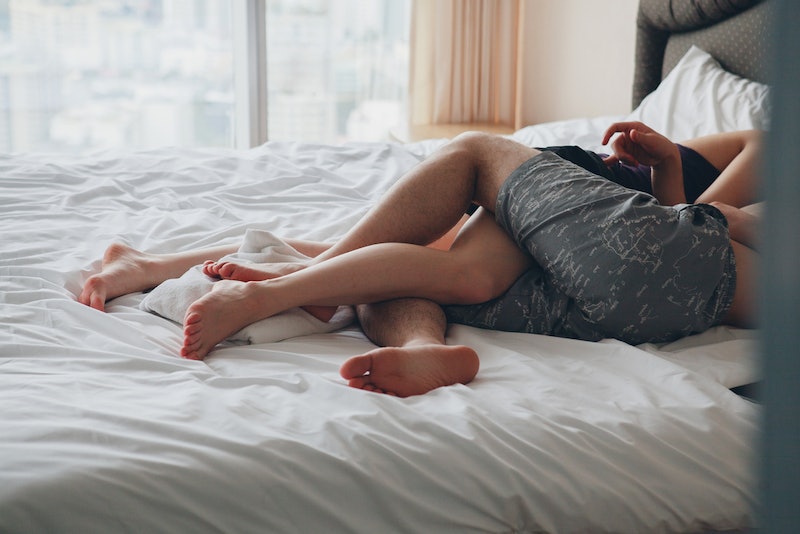 The orgasm gap may actually be wider than you previouly thought. A recent survey by Astroglide found that the orgasm gap is wider than the wage gap, which just shows that sex is one area where we still have a lot of work to do toward gender equality.

Astroglide asked 7,535 people about how often they orgasmed, whether they faked orgasms, and other questions about their sex lives. They found that 89 percent of men usually orgasm when they have intercourse, compared to 47 percent of women. This isn't necessarily a problem, as there are many ways to orgasm besides intercourse. Most women require clitoral stimulation to orgasm, so it's possible that the remaining 53 percent of women are orgasming in other ways. If you're one of those women, don't worry that this makes you abnormal or disempowered — it could just make you a woman who orgasms through clitoral stimulation, and that's great, as long as you're getting that.

The wording of the question hopefully explains some of the male-female discrepancy that was found, but it probably doesn't explain it all. A 2018 Chapman University study found that 65 percent of straight women, 86 percent of lesbians, and 66 percent of bisexual women orgasmed during every or almost every sexual encounter (not just intercourse) over the past month. That's better than Astroglide's findings, but still not as high as straight men's 95 percent orgasm rate.

Here are some other findings of Astroglide's survey that illuminate the orgasm gap.