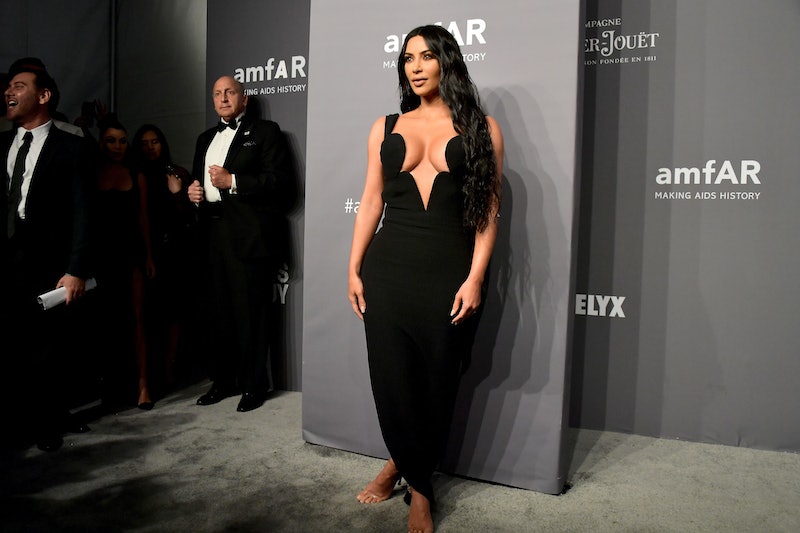 The Kardashians always seem down for a good time, and award shows are often no different. Since the event is close to her home in Los Angeles, it only stands to reason that Kim Kardashian would be at the 2019 Grammys. Alas, that doesn't seem to be the case this year.

Kardashian has been out and about a lot recently, making appearances at New York Fashion Week events and visiting The Tonight Show With Jimmy Fallon on Thursday. She's most definitely in Los Angeles, but it seems that she and her family are watching this year's awards from the comfort of their own home. If you think about it, it sort of makes sense that she and Kanye West aren't there this year, given that he wasn't nominated for Ye and Yandhi is yet to be released. West did get a nomination for Producer of the Year, Non-Classical, but that's the kind of Grammy one wins before the broadcast, which means he wouldn't get a moment to take the stage anyway.

It's possible that he'll get a nomination next year and Kardashian could attend with him, but for now, it looks like the couple had a lot of other things going on this weekend. For example, on Sunday, Kim posted a bunch of videos to Twitter of North dancing at the family's now weekly "Sunday Service" at their home, where the family seemingly invites friends and fellow musicians over for a jam session. To be honest, it looks like a great time, if only because little North seems to always make it onto the dance floor.

Kardashian also tweeted on Saturday that she had to miss baby Stormi's birthday party, given that it was postponed last week due to rain and it coincided with her "masterclass" with her makeup artist and KKW Beauty collaborator Mario Dedivanovic and Anastasia Soare. Given that she made the aforementioned appearance on Fallon and jetted to and from New York City this week, it makes sense that she would chill at home with her family for the Grammys. Even if fans were wondering what kind of look she and Kanye would pull off on the red carpet. Ah, what could have been.

To be fair, it was a good bet that they would show up, since Travis Scott was performing and was nominated for Best Rap Album, Best Rap Song, and Best Rap Performance. The Kardashians are all about family, so it was possible that Kim and Kanye would show up to support Kylie's boyfriend (and the father of their niece, Stormi). Kylie showed up about an hour into the show, wow-ing everyone with her appearance, so it's entirely possible that her sister Kim will follow suit.

Or not— it's more likely that Kim will show up on Instagram later in the evening, broadcasting live from some killer Grammys after party or even from their respective couches. But as far as the actual ceremony goes, it looks like Kim, Kanye, and the rest of their extended fam sat this one out.