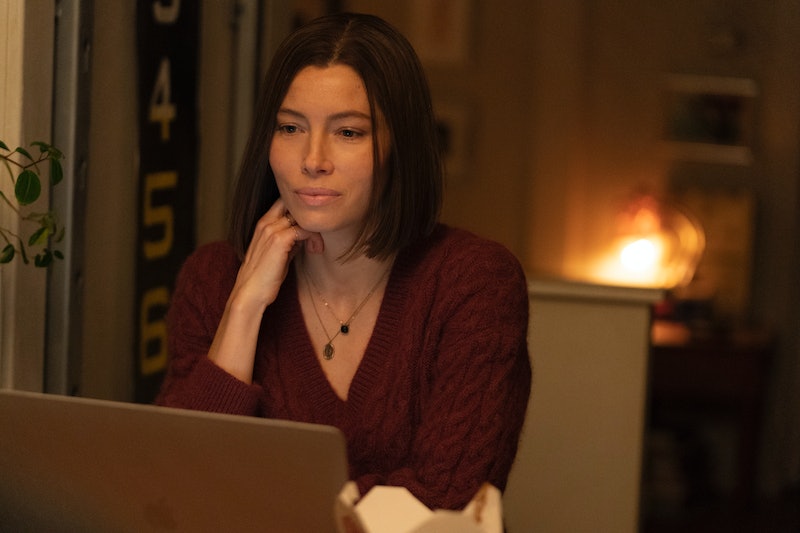 Limetown has all the makings of an engaging mystery: a town full of people who have mysteriously gone missing, an earnest reporter with a personal connection to the story who's determined to get to the bottom of it, and a seemingly nefarious force that really doesn't want her to. Lia Haddock isn't a real person and Limetown thankfully wasn't a real place, but Jessica Biel plays the role so convincingly that accepting Limetown as a work of fiction is almost impossible.

Audiences aren't the only ones tempted to believe that the events of Limetown and the characters within it are based on reality. Biel herself jumped at the opportunity to play Lia — a reporter for American Public Radio attempting to uncover what happened to the 300 residents of the Tennessee research facility because her Uncle Emile (Stanley Tucci) was one of them — largely because she too thought the story was real when she first heard it.

"I thought it was real. I’m going to out myself and say that," Biel admitted in an interview with EW. "Sometimes news cycles go by so quickly [that] I thought, 'Oh my gosh, I’ve missed this!' I called my producing partner and said, 'We have to get involved in this! This is crazy!' and she stopped me and was like, 'This isn’t real.'"

Biel added that while the podcast of the same name upon which the Limetown series is based was so well-done that "it got [her]," she was no less interested in the project once she found out it was fictional given its relevance in modern culture.

"I was so excited and turned on by the idea of this story [about] this technology and this woman who is on this relentless path to find the answers and find the truth," she explained. "I just thought, god, what a crazy idea and something that is really very close to being a reality for us in our time right now. It felt topical, it felt terrifying, and it was just so well done and so smart."

As enthusiastic as Biel was to play Lia, series creators Zack Akers and Skip Bronkie were just as happy to have the actress bring the character to life, especially since the podcast presented Lia in a somewhat limited and "very curated" form. It was only the shift to TV that allowed her to become fully fleshed-out and three-dimensional.

"For the TV show, we had to get behind that to see who this character was. And because she's such an interesting character, the question that Skip and I kept asking is, 'What kind of journalist puts story over safety of sources?'" Akers said in an interview with ScreenRant. "Someone who knowingly will put people at risk to follow the story. What kind of journalist does that? What kind of person does that, and what kind of hold does that take on someone? And what about their life led them to make that choice?"

Akers added that "a lot of time" was spent in the process of scripting the TV series in comparison to the podcast after Biel was cast, and that he and Bronkie were grateful for the passion the actress brought to the project because it helped to inform who Lia became. So it's not your fault if Lia seems right out of a docuseries — Biel and the Limetown team intentionally wanted it to feel that way.