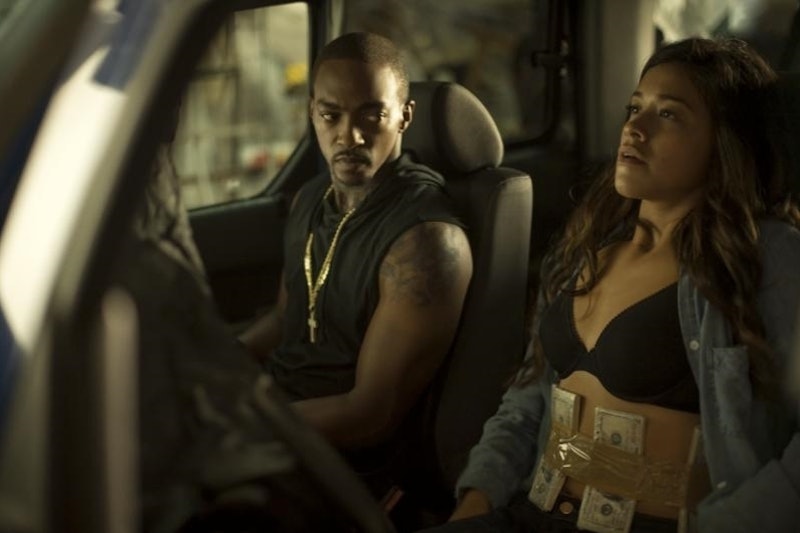 Jane The Virgin star Gina Rodriguez is finally leading an action flick — Miss Bala, out Feb. 1. The film is a remake of the 2011 Mexican-American thriller of the same name, about a young woman who is kidnapped by a drug cartel and must do everything in her power to escape. The plot is pretty intense, and it’s actually loosely based on a true story.

In an interview with The New York Times, the original film’s writer and director, Gerardo Naranjo, said that the film was inspired by the story of Mexican beauty queen Laura Zúñiga, who claimed that her boyfriend, who was a high-ranking leader of a drug cartel, kidnapped her and forced her to be part of his crimes. But this new version loses its beauty queen storyline, with Rodriguez playing Gloria, a makeup artist, while still retaining the plot of a woman being forced into a world of crime after witnessing a murder at a nightclub.

One important thing about Rodriguez’s character is that instead of being treated as a victim throughout the film, she becomes a hero. The cartel leader also captures her best friend, Suzu, so Gloria has to figure out how to save herself and her friend against all odds.

In an interview with Entertainment Weekly, the actor spoke about how important it is that this remake focuses on making the protagonist a hero, for a more empowering take on the story. “It’s a reconceptualizing of the original film, and it’s more modern,” said Rodriguez. “[Gloria is] someone that’s actively trying to save herself and her family. I think that’s really amazing because a lot of the women in my life, they actively work toward keeping their families safe, and they actively try to fix situations. There’s no woman I know in my life that just sits back. Women aren’t necessarily always portrayed as proactively trying to save ourselves in action films. It’s very empowering to see those stories because I know that’s what the women in my life do.”

The past year has already been big for female representation in action flicks, including Destroyer, Peppermint, Bumblebee, and more. But Rodriguez is a rare heroine, in that Latinas aren’t often put at the forefront of action movies. And the actor feels that it's important for her to help change that.

“I had been dying to do action for so long, and it’s very difficult because people of color don’t have as many opportunities,” the actor said to EW. “And that’s not even like a ‘Woe is me.’ That’s just a reality, and that’s okay. That has been a reality of mine for many, many, many years. [With Miss Bala], Sony made a big-budget action film with a 95 percent Latinx cast and 95 percent Latinx production crew. It’s revolutionary. It’s just really great to live in these spaces that for so long I didn’t have the opportunity to.”

This remake might deviate significantly from the true story it's inspired by, but it tells a progressive tale that shows how much the action genre has evolved.