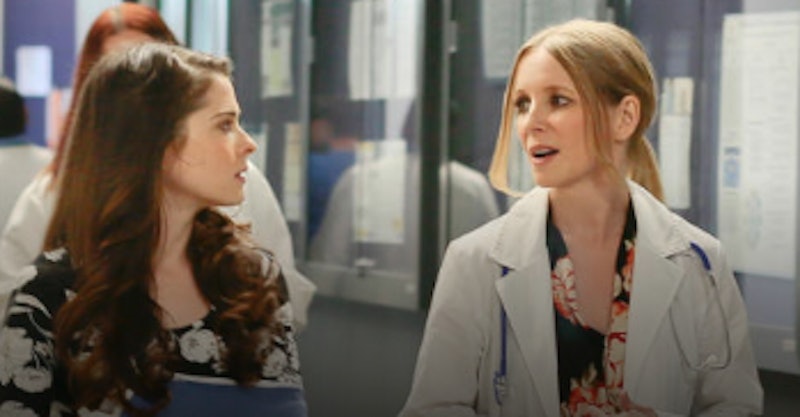 Spring has officially arrived, but that doesn't mean you have to give up some of your favorite indoor activities in the process, and there's no better way to celebrate the end of the week than by hunkering down to watch some Lifetime movies. But since some of these storylines can occasionally hit a little close to home, you may find yourself wondering if this Friday's Nightmare Tenant is based on a true story. It's probably not (and is not billed as such), but its release is eerily timed to some shocking recent news.

The story centers around Carol, who just recently sent her daughter off to college and is experiencing a little bit of empty nest syndrome. To help with the loneliness she now feels in the house, Carol decides to rent out her daughter's room to a young college student named Nikki. At first, everything seems to be going well, but little does Carol know that Nikki holds a serious grudge against both Carol and her daughter Lucy, who she feels robbed her of the chance to attend a better school. So how far will Nikki go to see that justice is served? That's a question the film has every intention of answering.

In order to get a better handle on the overall plot, be sure to check out the official synopsis of Nightmare Tenant, which reads as follows:

"After her daughter Lacey goes off to a prestigious university, Carol finds herself with an empty nest and decides to rent out her room. When Nikki, a local college student answers the ad, it feels like a perfect fit. What Carol doesn't know is that Nikki was her daughter's high school rival, and that she believes Carol cheated her out of a chance to attend a better school by pulling strings for Lacey. Now, Nikki has come to avenge the future she feels has been stolen from her."

Applying for colleges is always a very stressful process, and the thought that your spot is going to someone else for unfair reasons would be understandably upsetting. Obviously, though, it seems Nikki plans on taking things to the extreme (this is a Lifetime movie, after all), so while the situation seems plausible, the storyline and actual characters involved don't appear to be based on any real life people.

That being said, it is ironic that the movie is debuting just a few weeks after news broke of a college admissions scandal involving several well-known Hollywood stars, CEOs, and college coaches who allegedly used bribery and payoffs in order to get their kids into elite colleges. Obviously, this Lifetime movie isn't based on this story or any of these alleged suspects, but it's hard not to see the parallels. Plus, it's unclear if Lacey or Carol are actually in the wrong at all. Nikki's vendetta may be clouding her judgement and we'll find out that Lacey got into the school fair and square.

There are still a lot of missing pieces to this puzzle, which means you'll just have to tune in on Friday, March 22 at 8 p.m. ET to see how this fictional tale all plays out.