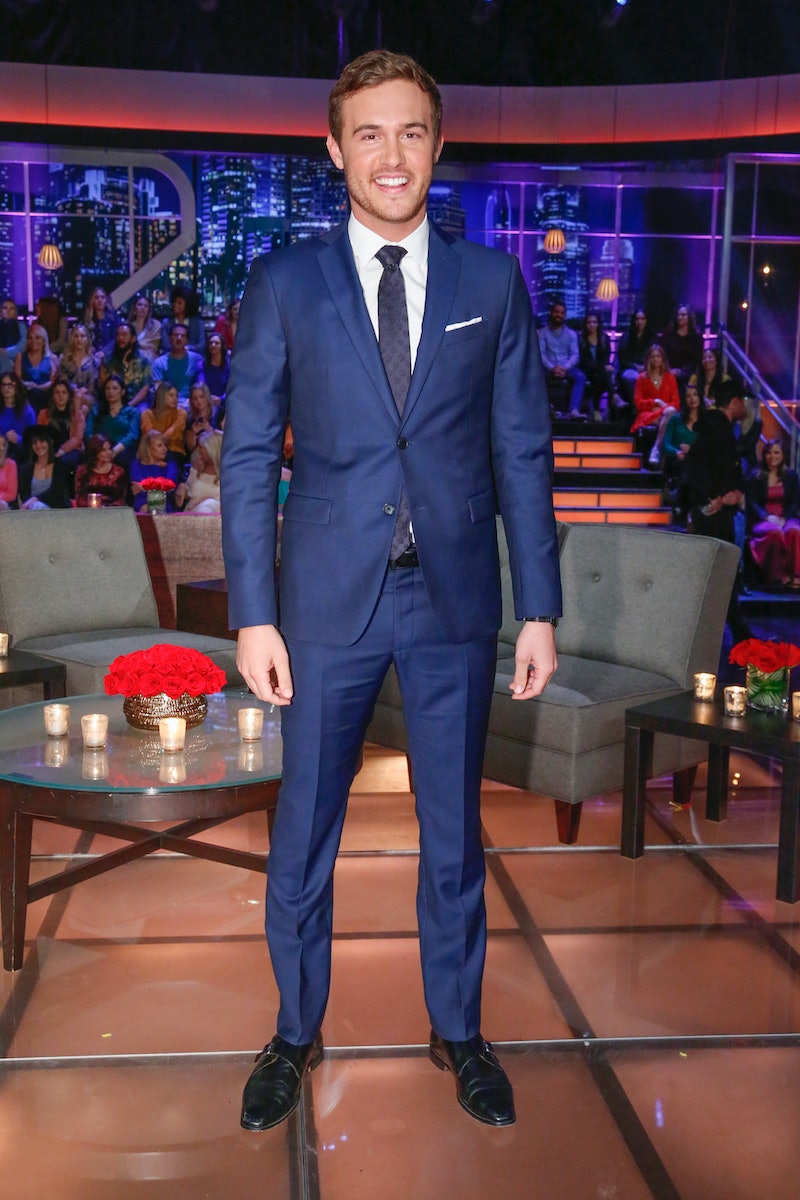 Finding love may be the overall objective on The Bachelor, but it isn't always a guarantee. Given that this particular season has been so fraught with drama, it's entirely possible that Peter is single after The Bachelor, despite how determined he's been to find his future wife.

Promos for the upcoming two-night finale on Monday, March 9 and Tuesday, March 10 show both Madison and Hannah Ann facing difficult questions while meeting Peter's family. Peter's dad even goes so far as to flat out ask Madison if she thinks she and Peter are completely compatible — something that she herself has been struggling to answer ever since Fantasy Suites. This could prompt Madison to self-eliminate, which would leave Hannah Ann as his only option. And since no one likes to feel like they're a winner by default, this could, in turn, incentivize Hannah Ann to leave the show as well.

Aside from the promos, though, there are a few other indicators that hint Peter may still be flying solo when the season is done. In February, Peter appeared on Live with Kelly and Ryan and revealed that he didn't have any plans for Valentine's Day this year due to the fact that he chose to work all day. Considering what a romantic Peter is, it seems odd that he would choose work over spending time with a special someone — unless that special someone doesn't exist.

Then there's the fact that Peter seems so torn over both women. Perhaps his indecisiveness over who to be with ultimately results in him picking no one, feeling as though he needs more time in order to make the right choice. In fact, former Bachelorette Kaitlyn Bristowe thinks that could be why Peter's season is unable to be spoiled. "The only way you can't spoil [the show] is if he didn't make a decision," she told E! News in January. That certainly aligns with Chris Harrison's remark that not even Peter knows how his season will end.

Then again, the finale and After The Finale Rose specials are going to be live and both women will be there with Peter on stage. So he might be single right now, but that doesn't mean he and Madison or Hannah Ann won't come together at the end of it all.

More like this
All The Clues Zach & Christina Are Together After 'The Bachelor'
By Grace Wehniainen
Zach Addressed His "Boring Bachelor Energy" After His Group Date With Latto
By Grace Wehniainen
'Bachelor' Fans Think Rachel & Clayton Are Dating After This TikTok
By Grace Wehniainen
Kaitlyn Bristowe Said Chris Harrison Ignored Her After Her 'Bachelorette' Hosting Gig
By Grace Wehniainen
Get Even More From Bustle — Sign Up For The Newsletter
From hair trends to relationship advice, our daily newsletter has everything you need to sound like a person who’s on TikTok, even if you aren’t.