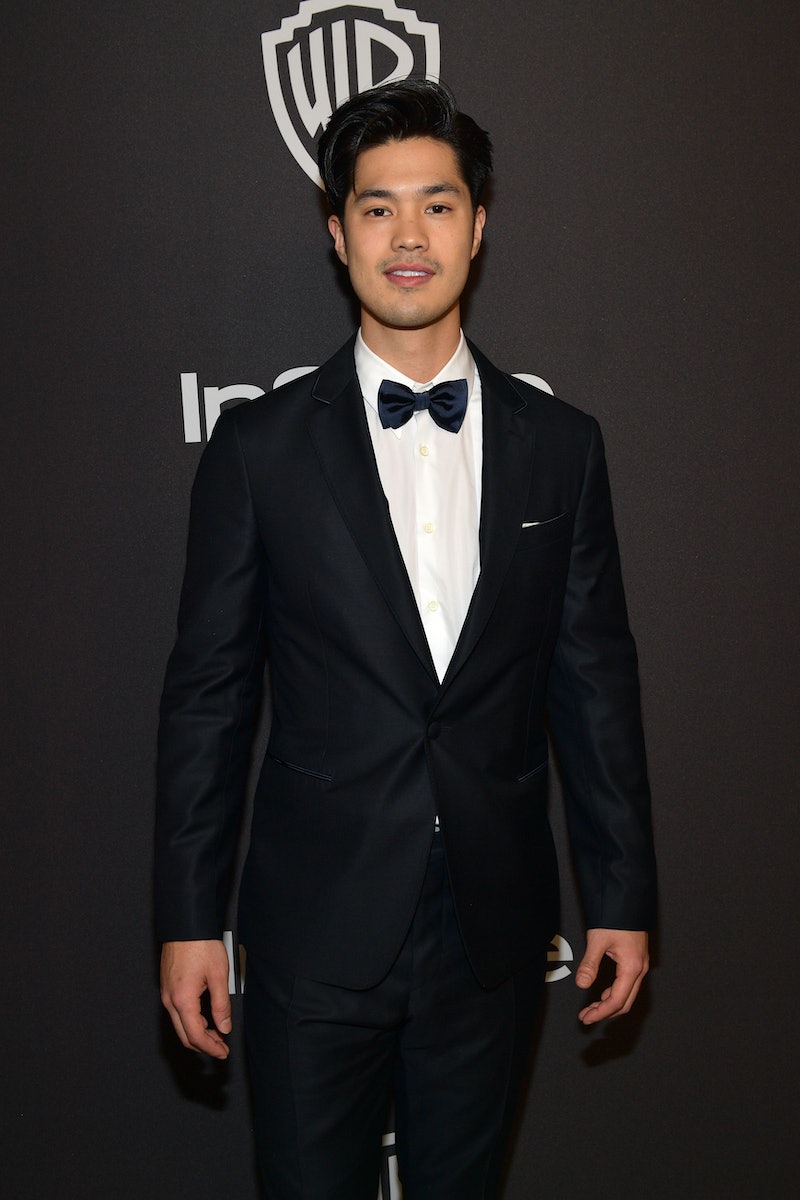 In 13 Reasons Why Season 3, Zach Dempsey is a soulful jock just trying to survive high school and deal with being one of the many, many suspects in Bryce Walker's murder. Basically, he's a little busy to worry about dating, and the same seems to be true for his portrayer. Is Ross Butler single? The actor doesn't appear to be in a relationship at the moment — at least not one that he's sharing on social media — but he's been candid in the past about looking for love and why his schedule can make navigating the dating field complex.

The first season of 13 Reasons Why made Butler a certified breakout star. Prior to his role in the Netflix series, fans knew him as the original Reggie on Riverdale, and although he left that role to focus on playing Zach, he's only taken on more high profile projects since passing the Reggie torch to Charles Melton. In 2019, he officially joined the DC movie universe as Eugene in Shazam!, and he also joined his pal Noah Centineo in To All the Boys: P.S. I Still Love You, set to premiere on Netflix in February 2020.

Butler hasn't completely put dating on the back burner while he focuses on his career, but he definitely seems to be more focused on pursuing fulfilling roles at the moment. In April 2018, the 13 Reasons Why actor shared his dating philosophy with Cosmopolitan. "For a long time, I made a conscious decision not to date," he told the magazine. "I think you need to take time to focus on yourself, especially in your early- to mid-20s. I wanted to be emotionally set and get my career going before I got into anything serious. Now I think I have a good foundation, and somebody I bring into my life could teach me things and help me branch out."

Like many millennials looking for love, Butler has turned to dating apps to find his match. In May 2018, he shared on Instagram that he had partnered with Bumble. Since then, he's hasn't shared how his dating life is going, but he seems to be enjoying spending time with his friends and cast mates. The 29-year-old has shared plenty of photos of himself goofing around on the set of To All the Boys 2, and even more of him lounging with his pups.

Even though he doesn't appear to be in a romantic relationship at the moment, he does at least have a pretty good idea of what he's looking for in a partner. He told Cosmopolitan, "If I meet a girl who can talk video games, guitar, cooking, or good books, it’s a huge turn-on." In a April 22 tweet, he also shared that his favorite Game of Thrones character is Brienne of Tarth, just in case there was any doubt that he lives up to his burgeoning heartthrob status.

His relationship status may be single, but thanks to blockbuster projects like 13 Reasons Why and Shazam!, Butler's career is keeping him plenty busy at the moment. And hey, when he finds the book-reading, guitar-playing person of his dreams, then the actor will likely share the news with his fans, alongside a picture of her posing with his beloved dogs, of course.