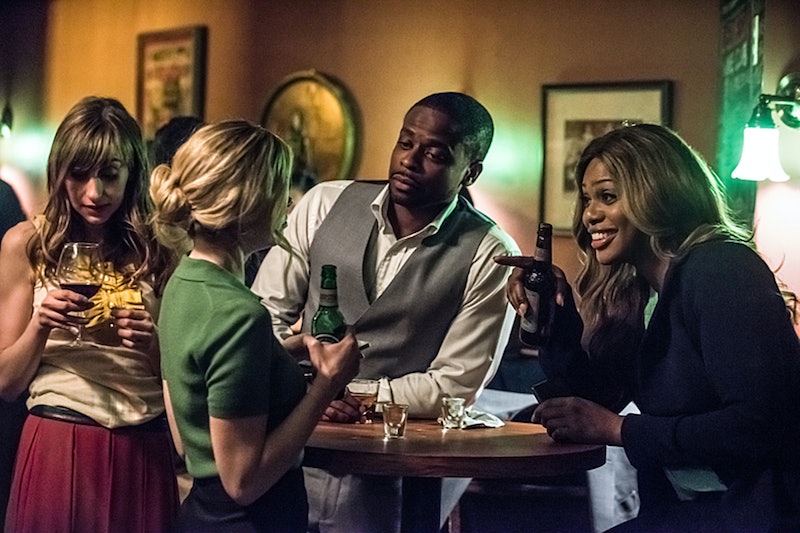 Audiences love a good legal drama, which is why I've never understood why people hate getting called for jury duty so much. Though I suppose it is more comfortable to watch a court case play out from home and be wrapped in a tight 42 minutes, as many will in CBS's Doubt, premiering Feb. 15. Katherine Heigl leads Doubt as one of several idealistic defense attorneys working at Roth & Associates, a boutique New York City firm on a mission to stand up for the wrongfully accused. Laverne Cox, Dreama Walker, Dule Hill, and Kobi Libii all play lawyers working under liberal crusader Isaiah Roth (Elliot Gould) and devote their days to seeking justice, especially for those the system doesn't usually help. Are their real-life courtroom heroes out there doing the same thing? Is the law firm in Doubt based on a real one?

Roth & Associates does not appear to be based on any one real law firm. Though creators Tony Phelan and Joan Rater have tried to imbue the show with real world resonance. In an interview with Parade, Heigl said that Doubt will dramatize some "ripped from the headlines" cases, and that she believes it's an important aspect of the show. "I think that makes it more compelling," the actor said. "I think it’s a great way of hooking in an audience and not only engaging them in what is really going on in the world around us but doing it in a way that breaks it down and makes it more human."

If Doubt is successful in capturing that audience, Roth & Associates could join the ranks of some of these fictional law firms.

In Daredevil, Foggy Nelson and Matt Murdock made plans in law school to go into business together fighting for the little guy. Little did they know that one of them would also end up working towards the same goal as a vigilante superhero.

With the dancing baby hallucinations, the high-traffic unisex bathroom, and constantly heading out to happy hour early to hear Vonda Shepard sing a song somewhat related to the events of the episode, it's amazing that the Ally McBeal lawyers ever got anything done.

In Season 5 of The Good Wife, Alicia and Cary leave Lockhart & Gardner to go out on their own, though the extrication process is a little thornier than they expected.

It's a huge setback to the Suits firm when Mike pleads guilty to fraud charges. Harvey and Louis are left hanging after all their coworkers up and quit.

Any lawyer of Walter White's would have to be integrity-deficient. Bob Odenkirk's shameless character saved Breaking Bad fans from withdrawal by getting the show's lone spin-off, the also acclaimed Better Call Saul.

The most popular TV portrayals of the legal profession aren't necessarily the most realistic. But the diverse and valiant attorneys of Doubt could make their firm as famous as these other fictional companies.