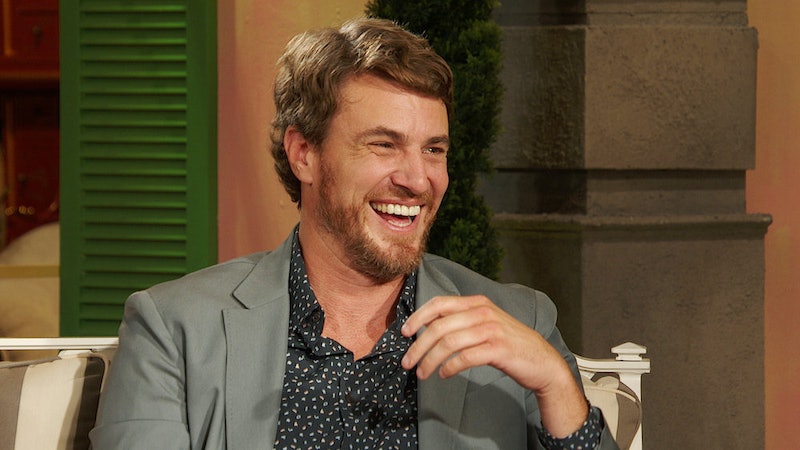 Shep Rose's Instagram handle may be "Relationshep," but he's almost never in one. Shep isn't dating anyone in 2019 and Southern Charm fans learned on a recent episode that his newest relationship on the show lasted just a week. In the second episode of Season 6, Shep excitedly told Danni about a woman he was seeing in Chicago. "I have nothing but lovely times," he said of his visits to see her. Cut to Chelsea's party and Shep revealed that he'd already been dumped after a week.

Shep's never been one to hold down a long term relationship, and he seems to prefer it that way. He posted a photo of a tweet saying as much on his Instagram in early May. "I just wanna settle down and grow old with someone who only wants to hang out three times a week," the tweet said. Shep added in his caption, "Three maximum."

Aside from not wanting to give a relationship his full attention, Shep told a fan on Twitter that he just gets annoyed with potential dates easily. A fan tweeted asking how he could still be single when he was so "adorable." Shep answered, "Honestly I find most people annoying over time. (Not saying they wouldn’t feel the same way about me) IDK. A rolling stone gathers no moss? Familiarity breeds contempt? And various other platitudes."

These feelings are not a secret. Shep has made it clear time and time again that he doesn't want to get tied down in a relationship that could become boring. In Season 4 he revealed that he's afraid of settling down because fears "monotony and being with someone else for the rest of my life. The monotony of monogamy."

He also has a particular kind of woman in mind that he just hasn't found quite yet. In a 2017 interview with Bustle, Shep laid out the attributes for the kind of person he wanted to be with. "Intelligence is big. I don't want a yes person," he said. "Just a strong person with their own life. I think it bothers me when I see girls who date a guy and then everything that they're into, they get into ... I like leading separate lives but also together. I think there's something to be said for that."

It doesn't sound like he's found someone who checks those boxes for him yet. As of mid-May 2019, he was still single and searching, per his Twitter. Another fan on Twitter suggested that Shep would be happy with "someone who is smart, genuinely funny, clever and who has a life of their own, who does not need you to feel whole." Shep agreed that he "like[d] the sound of that," but that he believed those types of women were "few and far between."

Shep has always been able to find women to take home and talk to and "date" for a week here and there. Because of this, he doesn't seem to really have a problem with his current arrangement. Sure, a smart woman with her own life sounds good to him, but he's not too bothered to try and find her. Even if he did, he already said he finds "most people annoying over time," so the odds aren't that high of a relationship survival anyway. So expect Relationshep to go relationship-less for a while more.