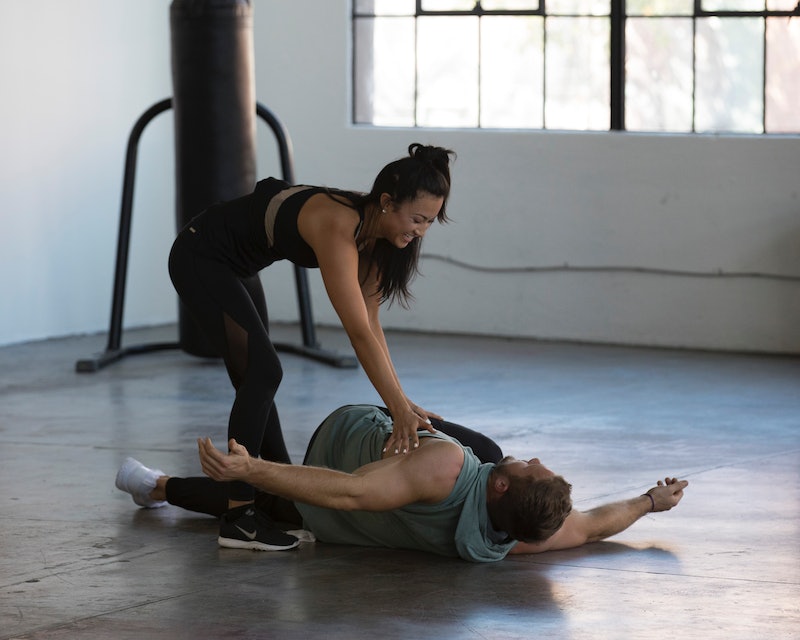 Few and far between are the women who go on a show like The Bachelor and don’t come back with any new friends. When it’s you and 29 other contestants sequestered like lepers for a reality show, there’s a distinct level of bonding that happens. As Colton’s season of The Bachelor is still airing, we viewers don’t know exactly who will be left standing at the end and who will just go home with a new girl gang. But hey — we can speculate. For example, is Sydney single after The Bachelor?

According to her ABC.com profile, Sydney had to quit her job with the Knicks in order to go on The Bachelor, so hopefully it was worth it for her. Also, it says that she once hitchhiked her way across China. She’s also never had a boyfriend. These two things combined, to me, say that Sydney is bound by no man, and no country borders, either. Does that mean that she and Colton are off to take a yearlong journey around the world? Stamping those passports? Obviously, there’s only so much that social media can tell us internet users, mostly because any Bachelor contestant has to sign and adhere to all kinds of scary paperwork that says they won’t use their Snapchat to reveal the winner of the season (I’m looking at you, Kaitlyn Bristowe). But we can at least get a clue as to what Sydney has been up to.

There is not a man in sight on Sydney’s Instagram, so she’s either continuing her streak of not having a boyfriend, is very good at hiding whomever she’s dating now, or went home as Colton’s finacé and has to be insanely discreet about it. Given the fact that The Bachelor is a show about 29 breakups, my guess is the first option. Sydney and Colton seem like a good match — athletic, beautiful, love their families — but Sydney just hasn’t had that much time to get to know Colton as of yet (and vice versa). Time is of the essence on The Bachelor, and if you don’t have it, you don’t get that rose.

But Sydney’s supposed singledom is nothing to mourn. According to her social media, Sydney seems like the kind of girl who relishes hanging out with her friends and coworkers. Who needs a romantic partner when you have a densely knit group of wonderful women to hang out with? Here's a shot with her dancer gals.

Sydney is also prone to posting pics of her and her new besties from The Bachelor, which means that while Colton was off shooting b-roll where he flexes and cries at the same time, Sydney and the other contestants were doing some serious bonding. How cute are they?

Who needs a former NFL star when you have friends and a fulfilling life? We'll have to wait and see if Sydney ends up getting the final rose on The Bachelor, but if she doesn't, she'll be just fine. She has plenty of people in her life and a job she definitely loves.