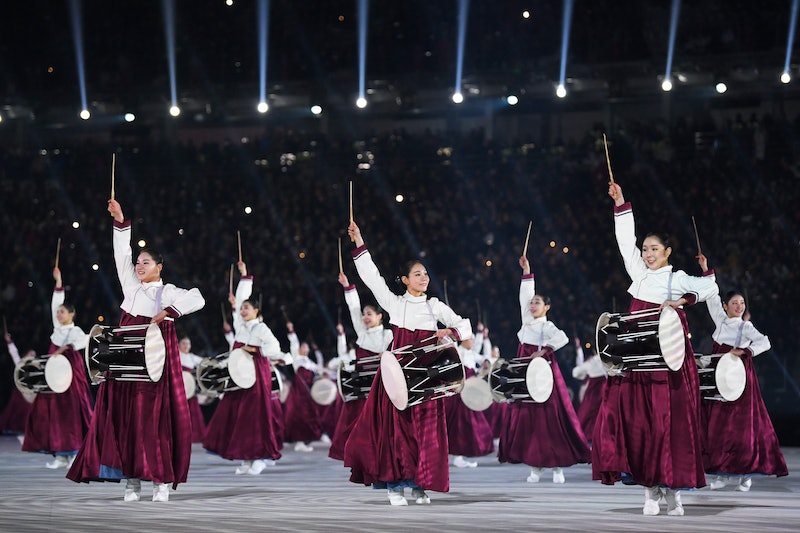 The Olympic opening ceremony is one of the competition's biggest traditions. The hosting country puts on a spectacle of a show and all of the world's competing athletes get a grand entrance, with thousands of competitors getting time in the spotlight before their competitions begin. However, it looks as though the 2018 PyeongChang Games may have a light reception. At first glance, it appears that the crowd for the PyeongChang Olympic opening ceremonies was mostly empty. Are the performers and athletes at PyeongChang really playing to an empty stadium or did it just appear that way?

While many of the wide angles made the stadium appear empty, the truth is that the opening ceremony was well attended. Despite the crowds, a couple of factors make it appear as though there is no one in the audience. The lowest level of the stadium had been left empty, reserved for more than 2,000 athletes marching in the opening ceremony. Unfortunately, this gives the appearance that the athletes are waving to empty chairs in an empty stadium.

While some of the seats are empty, many of the seats that are filled also look unoccupied. This is because the opening ceremony featured a massive light display in the crowd seats, which keep the audience from being picked up by the cameras when filming from a distance. While the stadium is full, many viewers at home have taken to Twitter to express their confusion.

The sight was jarring for viewers at home who are used to seeing Olympic ceremonies being filled with enthusiastic stadium-goers. Instead, the sight audiences were given looked more awkward than exciting. In the original broadcast, the sounds of the cheering crowd were not broadcast as the athletes entered – giving the impression that if there was anyone there to see them, they were not applauding or cheering. Of course, it may be hard to get the enthusiasm to applaud when the wind chill is causing the outdoor stadium to feel as though it's 15 to 20 degrees out.

However, as the ceremony went on, it became clear that the issue was not that the stadium was empty, but that it was difficult to tell that there was a crowd present. While a few people were visible without the lights – including Vice President Mike Pence and Kim Yo Jong, younger sister of Kim Jong Un – the crowd didn't really start to look full until all of the athletes had entered the stadium and made their way to their seats. However, even with the many athletes seated, the competitors only made up a small fraction of the crowd in the stadium. The PyeongChang Olympic Stadium has a capacity of 35,000 people, meaning that the athletes only make up about 5 percent of the entire crowd.

Yet another reason that the audience may have seemed empty is that, aside from cheering for the athletes, there weren't a lot of moments for the crowd to express themselves. The opening ceremony was a contemplative affair, featuring artistic puppetry, complex lights, and a performance of the John Lennon ballad "Imagine." While the crowd expressed themselves after each performance had completed, the stadium often appeared to be more of a setting for the ceremony itself than place for a crowd to sit and watch.