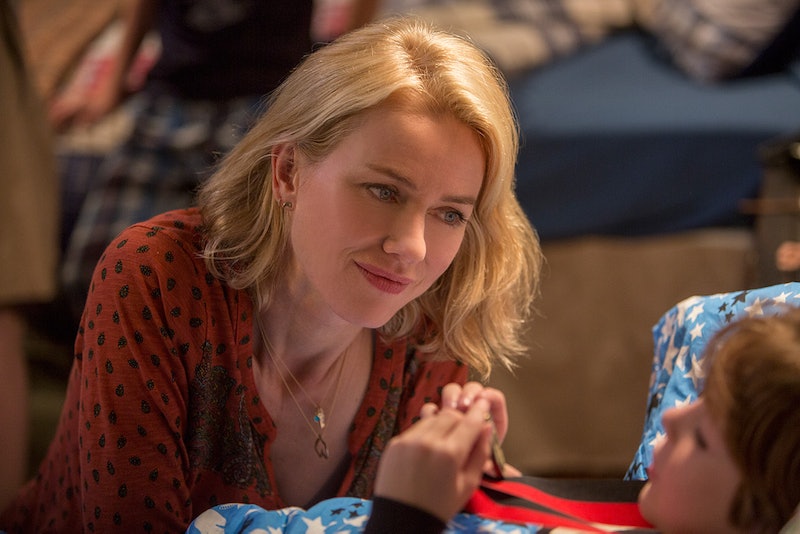 The Book of Henry may be the hardest 2017 film to categorize. Just watching the trailer is a roller coaster ride in that the film first appears to be a lighthearted drama about a genius young boy named Henry helping his single mom get through life before it morphs into a tale of child abuse and vigilante justice. Since the film's genre is difficult to pin down, it makes the film seem more like real life, which obviously doesn't neatly fit into any movie category. So is The Book of Henry a true story?

Although it doesn't fit the typical Hollywood narrative, The Book of Henry is a complete work of fiction. The movie was written by crime novel author Gregg Hurwitz, and he actually penned the original draft of the screenplay nearly two decades ago in 1998, at the beginning of his career. It's his first movie credit after writing novels, comic books, and some episodes of television, and it's clear that the film is important to him after working on it for so long. Here's the movie's official synopsis:

Sometimes things are not always what they seem, especially in the small suburban town where the Carpenter family lives. Single suburban mother Susan Carpenter (Naomi Watts) works as a waitress at a diner, alongside feisty family friend Sheila (Sarah Silverman). Her younger son Peter (Jacob Tremblay) is a playful 8-year-old. Taking care of everyone and everything in his own unique way is Susan’s older son Henry (Jaeden Lieberher), age 11. Protector to his adoring younger brother and tireless supporter of his often self-doubting mother – and, through investments, of the family as a whole – Henry blazes through the days like a comet. Susan discovers that the family next door, which includes Henry’s kind classmate Christina (Maddie Ziegler), has a dangerous secret — and that Henry has devised a surprising plan to help. As his brainstormed rescue plan for Christina takes shape in thrilling ways, Susan finds herself at the center of it.

So where did Hurwitz get the idea for such a unique story? Well, it happened so long ago that he's not even really sure anymore. "​I can't even remember the inspiration since I wrote the first draft—literally—18 years ago," the writer told D. Dona Le of Harvardwood last year. "It felt like this pure, rare thing where I just thought of this single mom and her two kids stuck in a near-impossible predicament. I will say that Henry's voice came very naturally. Not because I'm a prodigy or anything close to it but because sometimes my characters are smarter than I am, even in real time. I can't remember ever hearing characters' voices that distinctly right off the bat."

In another Q&A, this time with Film Journal International, Hurwitz credits his love of justice as one loose inspiration for his story. "I think I have a somewhat overdeveloped sense of justice, and I hate bullies," he said. "When things are unfair, there’s a part of me that never outgrew the emotional reaction to that, like I don’t have a shrugging reaction and go, 'Oh, that’s just life.'" This shows through in the film, with Henry's plan to rescue Christina demanding some drastic and controversial action.

Gregg Hurwitz didn't base The Book of Henry on a true story, and instead relied on his own sense of justice and doing what's right — even when it's difficult — in crafting his story. And the result is one of the most unique and original movies of the year.