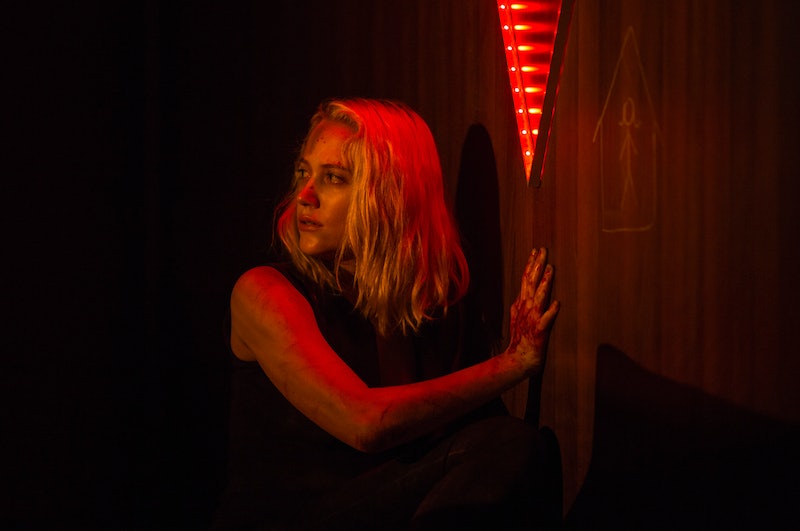 Changing technology has long had an effect on horror movies. In the 1950s, it was the proliferation of nuclear energy that gave us monster movies like Godzilla, while in recent times we've seen the impact of social media in movies like 2014's Unfriended. Now, in the new Netflix movie Tau, another emerging piece of tech is played for scares: the smart home. But is the technology in Netflix's Tau real, or is the movie more based on science-fiction than the actual technology people are rapidly installing in their homes?

You shouldn't go burning all of your Alexa-enabled devices just yet. The plot of the film goes like this: an evil scientist kidnaps people and holds them prisoner inside his experimental smart home. The home is powered by an AI that he invented called Tau (voiced by Gary Oldman), and it's been instructed to use deadly force to prevent its occupants from escaping. This includes deploying robotic arms and flying drones while keeping everyone in the house under constant surveillance. The idea clearly seems to have come from the proliferation of smart home devices like the Amazon Echo, Apple HomePod, and Google Home; all of which are used to control the lighting, appliances, thermostats, cameras, and more in people's homes. These devices have undoubtedly made life more convenient for those who use them, but critics point to questions surrounding just how much the devices are watching and listening to us.

"Consumers started to use this really interesting language where they said to the researchers, 'Is my home going to gossip about me?'" Genevieve Bell, director of corporate sensing and insights at Intel's corporate strategy group, said at the International Consumer Electronics Show in Las Vegas, according to Inc. Magazine. "What's the difference between a smart home and a stalking home?" Peoples' main concern with tech like Alexa are a loss of privacy. Since the devices are technically listening all the time so they can spring into action when you say their wake up word, many fear that other people — whether they be employees at Amazon or hackers — are constantly eavesdropping on their conversations. And while that is scary in its own way, it's a far cry from Alexa telling the rest of your house to kill you like in Tau.

Frankly, the type of artificial intelligence seen in Tau that knows what you're doing and actively prevents you from doing it just doesn't exist yet — especially in the form of smart home devices. Anyone who's ever tried to have a real conversation with Alexa will tell you that much. "The problem is simply that Alexa (and all others) are far too stupid to be able to hold a meaningful conversation with a user," Neil Campling, a technology analyst at Northern Trust Capital Markets, told CNBC in 2017. "Google Assistant is currently the best but remains woefully short of what one would consider to be a useful assistant."

But even if your smart home can't actively try to kill you (yet), that doesn't mean smart homes can't be dangerous. While smart security devices may offer their owners piece of mind, they are also vulnerable to hackers, allowing home invaders to potentially hack into your home security cameras to see if you're home or asleep, hack into your smart lock to gain entry to your home, or hack into your security system in order to disable it. "Smart home systems can leave owners vulnerable to serious threats, such as arson, blackmail, theft, and extortion," University of Michigan PhD student Earlence Fernandes told Forbes' Harold Stark in 2017. "For example, the MyQ garage system can be turned into a surveillance tool, alerting would-be thieves when a garage door opened and then closed, and allowing them to remotely open it again after the residents had left. The popular ZigBee communication protocol can allow attackers to join the secure home network."

So even though no such technology exists that would turn a smart home into a killing machine, there are still potential dangers to having a connected home. You should always do your research and make sure your home network is protected against security threats, even if there's no chance a Gary Oldman-voiced AI is going to try to saw your arm off while you're chilling on the couch.