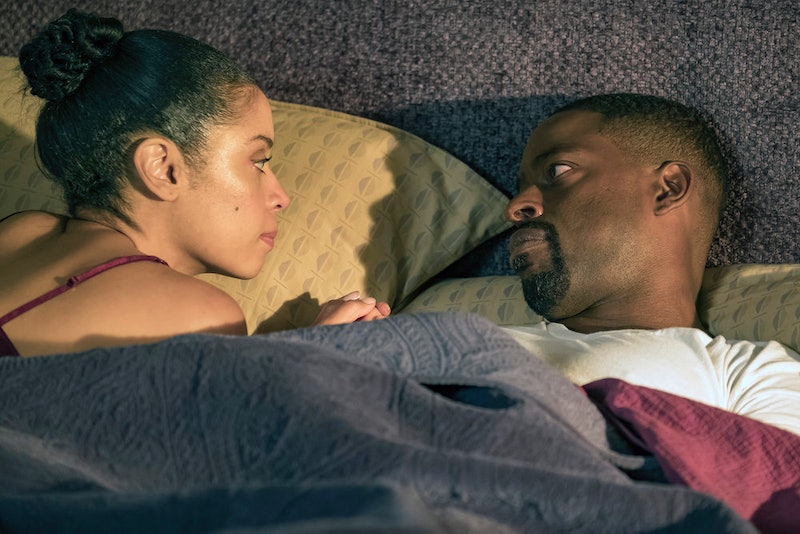 Getting your favorite show pre-empted by news of any sort can be frustrating — take it from a kid who just wanted to go home and watch the Mickey Mouse Club during the entirety of the O.J. Simpson murder trial — but alas, sometimes, you don’t get to tune into your program. This Is Us has been off the air for a few weeks, and at the worst time possible — right after we found a very alive Nicky in his Pennsylvania trailer. So why isn’t This Is Us on tonight? A delayed State Of The Union speech takes precedence over the Pearsons.

The 2019 State Of The Union address was supposed to be given on Tuesday, January 29, 2019, but due to the longest-running government shutdown of all time, it was pushed back a week to Tuesday, February 5, 2019, much to the delight of Speaker Of The House Nancy Pelosi and the chagrin of President Trump. The government is now open, the problems are the same, and Americans have to wait yet one more week to watch their favorite depressing Pittsburgh family discover more family secrets.

Just so you know what you're watching, Trump will deliver the address at 9 p.m. ET in the chamber of the U.S. House of Representatives. The Democratic Response, per Politico, will be given by former Georgia gubernatorial candidate Stacey Abrams, and Xavier Becerra, California Attorney General, will give the Spanish response to the State Of The Union Address, per The Hill.

When we last saw This Is Us, oh so many weeks ago, the Pearson Big 3 had found their Uncle Nicky very much alive in a trailer in Bradford, Pennsylvania. He hadn't seen Jack in 30 years, and he explained to his nephews and niece about the moment that split Jack and he in two — an accident in Vietnam in which Nicky killed a young Vietnamese boy. It was truly an accident, but Jack didn't see it that way, and he wrote Nicky off, cleaving his life in two — the "before the incident" and the "after the incident."

Nicky has never gotten over it, and the fact that Jack died without Nicky getting to explain himself is the most tragic part of the whole equation. In an interview with Variety, Michael Angarano, who plays younger Nicky, said that the last time Nicky and Jack spoke was probably the most painful for Nicky. He said:

“Once Nicky realizes that Jack doesn’t want to offer him that forgiveness, it’s similar to how he felt when Jack first came to Vietnam: that his presence is actually going to hurt him more. So much of the emotion is what is not said. What [Nicky’s] feeling is a lot of regret and shame and guilt, and that is something he carries with him his whole life.”

For now, This Is Us fans will have to wait one more week to see the next chapter of the Pearsons unfold – and they certainly won't have any fewer questions when it's finally on air again.