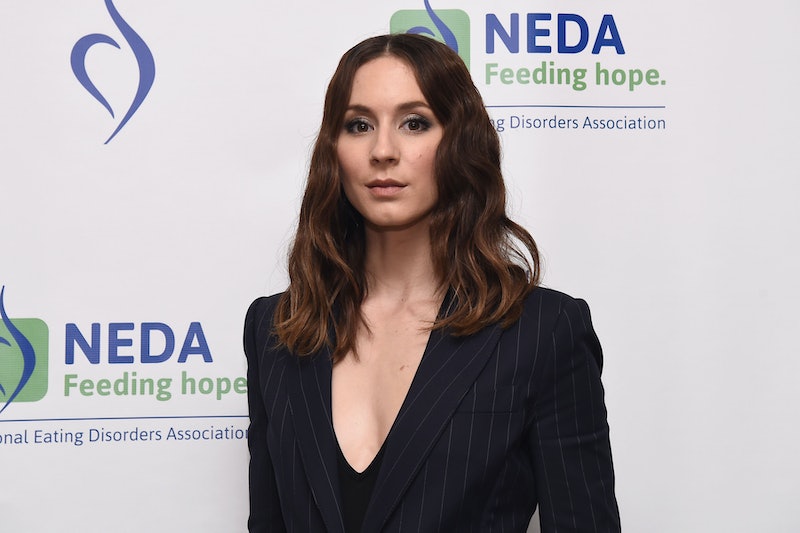 Pretty Little Liars coming to a close felt like the end of an era. However, thanks to the show's upcoming spinoff, Pretty Little Liars: The Perfectionists, the series is able to live on, at least in some newer, altered form. But how much of PLL will be ingrained in the new series? Both Sasha Pieterse and Janel Parrish will be reprising their roles as Alison DiLaurentis and Mona Vanderwaal, respectively, but will Troian Bellisario appear in The Perfectionists as well? It's difficult to know with absolute certainty how far this Liars reunion could extend.

Back in June 2018, Entertainment Tonight spoke with series creator I. Marlene King about the spinoff and whether or not she thought the other original cast members would ever make appearances or special cameos on the show. She stated that "the original four Pretty Little Liars were all ready to go do new things," however, she remains very open to the possibility for them to reprise their former roles if the opportunity presented itself. "I think everything is possible," King added. "I think our OG PLLs are really supportive of this show and they're really supportive of Sasha and Janel and me and our new cast, and I think everything is possible."

That certainly leaves the door open for it to happen down the line, but when it comes to the show's first season, it seems as though Bellisario will not be donning her Spencer Hastings attire in the near future. As for the actor herself, though, Bellisario has also expressed interesting in being part of the show, though her desire would be to work more behind-the-scenes rather than be on camera.

In a separate interview Bellisario had with Entertainment Tonight back in April 2018, she revealed that she'd love the opportunity to direct an episode of The Perfectionists at some point. “I know they already told me, which I would be delighted to do, ‘You can come and direct an episode,’" Bellisario revealed to ET at the time. "And I was like, ‘That would be so much fun!’”

The former PLL star developed her first taste for directing during the show's final season, where she had the chance to sit in the director's chair. So it's not surprising that King would be interested in collaborating with her once again — though fans would undoubtedly hope that having Bellisario on set would inspire at least a quick Spencer cameo to happen, even if it was for just a scene or two. But is that something she'd definitely be down for?

“Oh, I don’t know! I know that the girls have been working really hard and by girls I mean Marlene [King] and Sasha [Pieterse] and Janel (Parrish),” Bellisario stated when asked about having Spencer pop in for a visit. “They have a whole new wonderful group of people working on The Perfectionists and I don’t know… if Ali and Mona are showing up in this world, I have no idea who else would show up... I have no idea, I can’t share about that.”

Notice that she didn't just come out and say no, so the possibility is there. It's just a question of whether or not her schedule allows for it and if the series does well enough to continue on for future seasons. Fingers crossed!