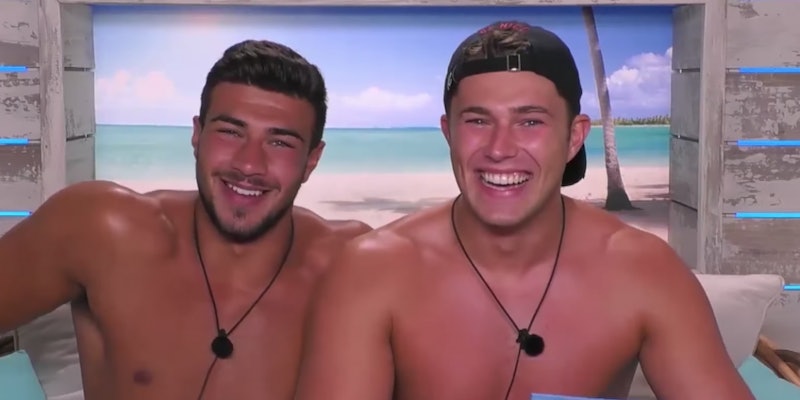 If summer feels like a million years ago, the finale of the last season of Love Island feels even further. However, in line with previous years, ITV have decided it's time for some spin-off action to keep us up to date with what the 2019 crew are up to. And if Curtis & Tommy's spin off show is anything to go by, this bromance is still going strong.

The Boxer & The Ballroom Dancer is the lads' first foray into a joint reality TV venture. And it's about time IMO as their relationship was definitely the most enduring of last year's show.

According to ITV, in the brand new show, the pair will swap their professional roles, with Tommy hanging up his gloves in favour of the dance floor and Curtis kicking off his dancing shoes in preparation for the boxing ring.

Filmed over the course of six weeks, Tommy will take up training with a professional ballroom dancer. All in preparation for one of his greatest challenges: a professional dancing competition. While he's throwing shapes on the dance floor, Curtis will be training in Tommy's actual boxing gym ahead of a fight that'll take place in front of a live audience (and even more viewers at home). The question is, with only six weeks to do it, will they manage to pull it off?

Since leaving the show as runners up, the two pals have stayed with their respective Love Island partners. Curtis remains loved up with his bae Maura and Molly Mae and Tommy are still going strong. According to ITV, the pair's GFs will be on hand with support and showing their love for the boys. Well, in between Maura's ice skating training, of course.