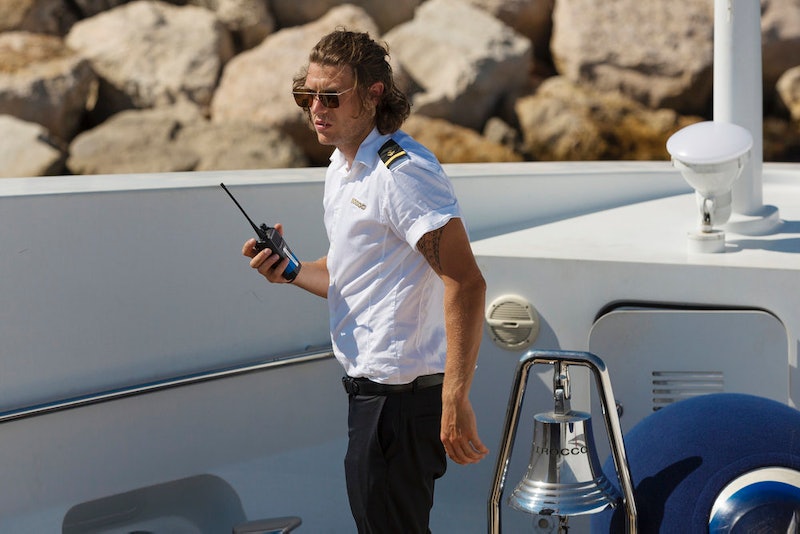 Jack's Below Deck Mediterranean bio may call him "quite the ladies' man," but he's just one lady's man right now. In fact, Jack's Instagram shows that after Below Deck Mediterranean he went back to his pre-show girlfriend, and the two have been going strong ever since. They've even lasted through the airing of Jack's flirtationship with Aesha on the show, so this couple may be built to last.

Jack's girlfriend's name is Kelly, and he previously talked about her on the show. "I was going out with this girl before I came here. I said, 'Listen, I'm going on a yacht. I'm not going to be loyal,'" Jack said while a picture of him and Kelly flashed on screen "I'm looking forward to having a few drinks and having a little wiggle. Maybe crack on with one of the girls? Who knows what could happen?"

What ended up happening is that Jack went home and rekindled things with Kelly. The two were first spotted on Jack's Instagram in July 2018, which may have been before Jack left for charter season. The black and white photo depicts Jack with his arm around Kelly who is sitting on his lap. They look smitten. And, it seems they were enough for Jack to come back and start things up with her after charter. They're pictured together again in October 2018. "On route with my #babe," he captioned the photo of the duo sitting on a train.

Travel is big for these guys. They always seem to be en route to somewhere. Since reuniting, the couple has been making out together all over the world. According to her own Instagram bio, Kelly is a fashion stylist and blogger, a job which apparently gives her the flexibility to travel the world with Jack. They've been able to kiss in Dubai:

And they were recently in Spain together too.

Jack even called Kelly his "wife" in one Instagram caption, writing, "In palma with the wife @kellyhidge." However, you can see in the below photo (posted after the "wife" one) that she doesn't have a ring on that finger. (She does on practically every single other one, though.) It seems like Jack calling Kelly, "Wife" was more of a term of endearment than an actual official label.

Jack's most recent photo on Instagram was posted June 29 and features him and Kelly lounging on an Italian beach drinking wine.

Kelly also posted to her Instagram stories a bouquet of flowers Jack got her on July 8. So this couple is officially going strong, no matter how flirty Jack may have gotten on his charter yacht. It's likely that the show was filmed early into Jack meeting Kelly and perhaps he wasn't sure if the thing with Kelly would last so he broke things off to explore his options on the yacht.

However, this couple seemingly has a bond that's built to last stemming from a whole year ago. Perhaps Jack really will make Kelly his wife one day. But, for now, it seems they're mostly content to travel together and make out while they do so.