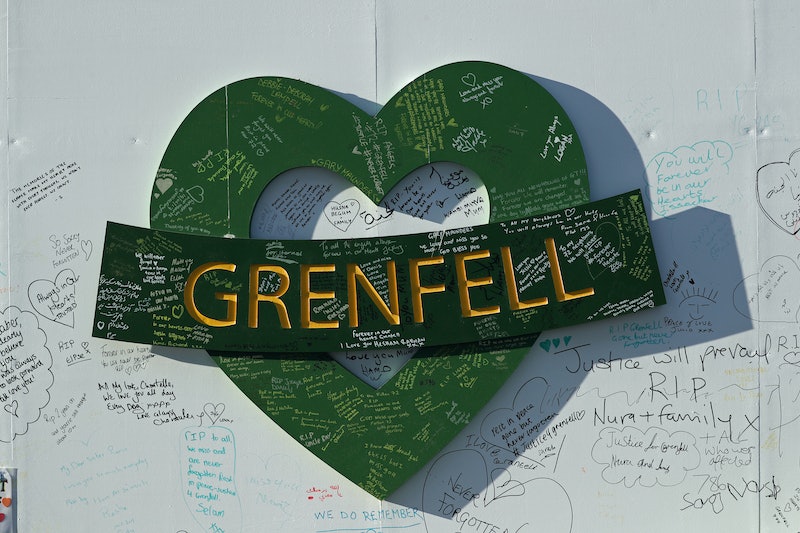 The fire in Grenfell tower, undoubtedly one of the worst disasters in recent British history, resulted in an official death toll of 72 people in the summer of 2017. And a long-awaited report identifying the shortcomings that led to the horrific disaster was published at the end of October. But now politician Jacob Rees-Mogg has been criticised for his comments surrounding the victims of Grenfell and the fact they did not leave the burning building.

Appearing on Nick Ferrari’s radio show on LBC on Monday (Nov. 4), Rees-Mogg said: "The more one's read over the weekend about the report and about the chances of people surviving, if you just ignore what you're told and leave you are so much safer. And I think if either of us were in a fire, whatever the fire brigade said, we would leave the burning building. It just seems the common sense thing to do. And it is such a tragedy that that didn't happen.”

His comments have caused outrage, with many to asking for an apology.

Last week, a document outlining the first phase of the public inquiry into the fire was published. The document spoke about the role of the London Fire Brigade and the instructions they gave to Grenfell residents to "stay put." “Many lives could have been saved if her officers had identified sooner that the fire was out of control and told residents to evacuate,” inquiry chairman Sir Martin Moore-Bick wrote.

The Grenfell United group, an organisation that supports bereaved family members, Grenfell survivors, and the community of the tower, have said Rees-Mogg's comments on Monday were "beyond disrespectful." They continued: "It is extremely painful and insulting to bereaved families.”

Chair of Justice4Grenfell, Yvette Williams, said: “Rees-Mogg has a privileged background, what is his experience of living in social housing? How many tower blocks has he lived in?”

Leader of the Opposition Jeremy Corbyn also criticised the politician's comments on Twitter writing: “What possesses someone to react to an entirely avoidable tragedy like Grenfell by saying the victims lacked common sense? People were terrified, many died trying to escape...” And he was not the only politician criticising Reese-Moggs comments.

Labour MP David Lammy also took to Twitter to address Rees-Mogg's “monstrous” remarks. “How dare you insult and denigrate those who died in Grenfell Tower @Jacob_Rees_Mogg? The victims of this crime of gross negligence followed the instructions they were given by the fire authorities. Do not blame them. Your arrogance and condescension is monstrous.”

Rees-Mogg has since apologised for his insensitive comments. According to the Evening Standard, within his apology he said: "What I meant to say is that I would have also listened to the fire brigade’s advice to stay and wait at the time. However, with what we know now and with hindsight I wouldn’t and I don’t think anyone else would."

More like this
Watch Jacinda Arden’s Devastatingly Honest Resignation Speech
By Sam Ramsden
Pret & Costa’s Coffee Is The Strongest On The High Street, According To Which?
By Sam Ramsden
This Is When Netflix Is Going To Start Charging You For Sharing Passwords
By Darshita Goyal
Rita Ora Finally Opened Up About Marrying Taika Waititi & Their "Perfect" Wedding
By Sophie McEvoy and Catharina Cheung
Get The Very Best Of Bustle/UK
Sign up for Bustle UK's twice-weekly newsletter, featuring the latest must-watch TV, moving personal stories, and expert advice on the hottest viral buys.