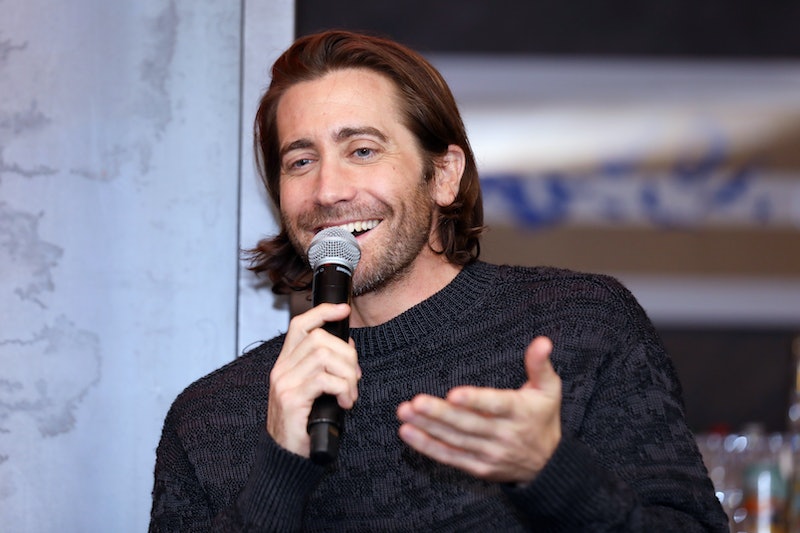 Following his delightfully unhinged performance as Mr. Music in John Mulaney and the Sack Lunch Bunch, Jake Gyllenhaal joined John Mulaney on SNL for the third installment of the host's "Diner Lobster" sketch. This time, they staged a Wicked parody called "The Phantom of LaGuardia" in which Gyllenhaal played a "guy who travels in pajamas" — surprisingly not a choice made out of comfort. No, "guy who travels in pajamas" is just trying to do the TSA officers a solid. "You can tell that I enjoy security. You can search way up in my cavity. You can pat me down!" Gyllenhaal sang in his best Elphaba impression as he was hoisted up into the air.

Security then sent him on his way to Cleveland ("where everyone at LaGuardia is going, like it or not"), but that wasn't the last we saw of him: pajama guy returned with the rest of "The Phantom of LaGuardia" cast for their final song, "Plane to Nowhere." The song tapped SNL musical guest (and fellow Sack Lunch Bunch alum) David Byrne to spoof his Talking Heads song "Road to Nowhere" as a disgruntled baggage handler, as well as riffed on classic Broadway tunes including "The Phantom of the Opera" from The Phantom of the Opera, "Tomorrow" from Annie, "Suddenly Seymour" from Little Shop of Horrors, and "America" and "Cool" from the recently-returned-to-Broadway West Side Story. Earlier in the episode, Mulaney also took on The Sound of Music, so there was clearly a theme for the night.

Just as in "Diner Lobster" and "Bodega Man," "The Phantom of LaGuardia" ultimately exposed a gross aspect of NYC living — this time, ordering sushi at LaGuardia Airport. That's an offense even worse than pajama guys' weird affinity for cavity searches.