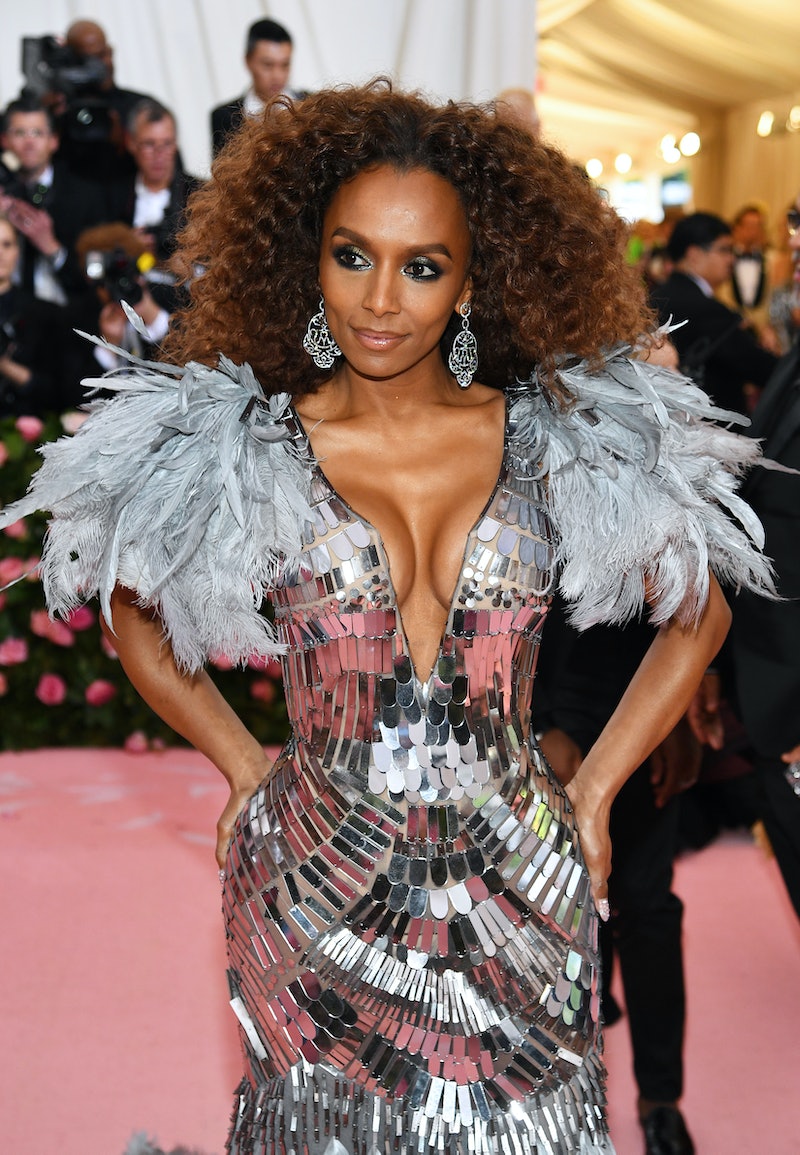 Janet Mock loves to make history and she’s not stopping any time soon. On Tuesday, Mock signed a multi-million dollar deal with Netflix, becoming the first openly transgender woman of color to take the creative reins at a content powerhouse. Mock secured a three-year deal with the streaming service, Variety reports, that will allow her to write, direct, and produce original content for Netflix, as well as use her position to create opportunities for marginalized communities overlooked by Hollywood.

Mock announced the news on her Twitter on Wednesday, writing “[I’m] So proud to join the ranks of digital content moguls as the first trans woman to call her own creative shots at a major content company." In an interview with Variety about the mega-millions deal, she said,

As someone who grew up in front of the TV screen, whether that was watching talk shows or family sitcoms or VHS films, I never thought that I would be embraced. And more than embraced. Given not just a seat at the table but a table of my own making.

Netflix's @StrongBlackLead account posted a video of Mock announcing the amazing deal, and she sums it up neatly: "This deal is so bonkers."

Mock is already a producer, writer and director on Pose, the FX series created by Ryan Murphy about underground ball culture in New York in the late '80s and early '90s. Don't worry, though: as Variety assures, "despite being part of the Netflix family, Mock is able to continue to be a writer-director on Pose.'' The first season of Pose premiered on June 3, 2018, and Mock wasted no time making history at the show: she became the first trans woman of color hired as a writer for a TV series, ever. She later directed the Season 1 episode "Love Is The Message," becoming the first trans woman of color to write and direct a TV show.

As for what she's cooking up at Netflix, Mock says: "I of course will be writing and directing and developing a few hush hush projects i can't really talk about," but she does drop a few hints, and gave Variety the details: "Projects in development include a college-set drama following a young trans woman, a series about New Orleans after the abolishment of slavery, and a reboot of a classic sitcom."

As Mock notes, "84 percent of Americans say they don't know or work with a trans person... there's potential now to introduce hundreds of millions of viewers to trans people, and showing people who may not understand us, that we can tell our own stories." And tell them with incredible style.

No word yet about when her projects will drop, but the entire first series of Pose is available to stream on Netflix now. Season 2 of the hit show is currently airing on FX, and a Season 3 pick-up was just announced on June 17. Janet Mock is here to stay, and as long as there are barriers in Hollywood, there's no doubt she is going to break them down while bringing enlightening, important, and entertaining projects to the masses.