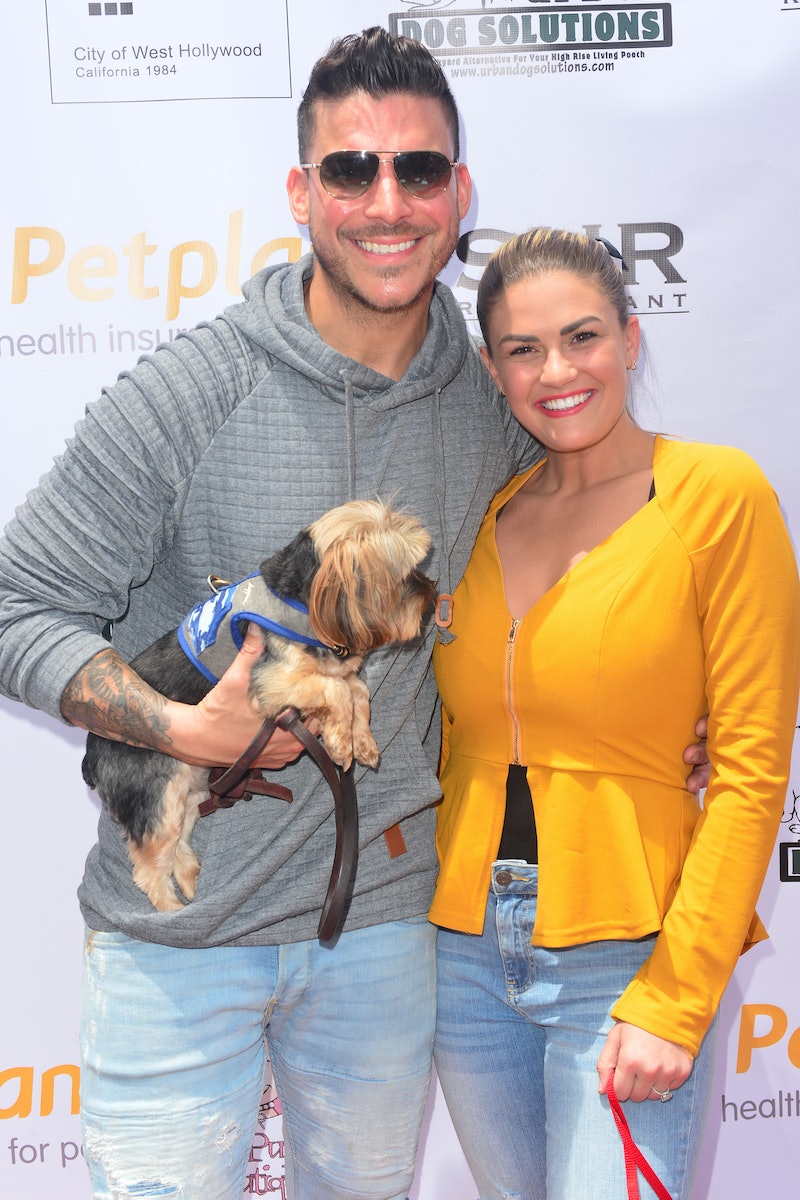 Vanderpump Rules stars Jax Taylor and Brittany Cartwright are taking some time before they go on a traditional post-nuptials vacation. As you might've heard once or twice or a thousand times, the two Bravolebrities got hitched in a castle over the weekend. However, it sounds like Jax and Brittany’s honeymoon won’t happen for a little while. When a fan asked on Monday why they are not currently in honeymoon mode, Jax replied, “We are taking it later.”

And it makes sense that they are taking their honeymoon later. You know, because of that whole thing where Vanderpump Rules Season 8 is in the middle of filming right now. Jax and Brittany are two of the reality show’s main stars, and it would be kind of wild if they hightailed it on out of the country and away from the cameras for a non-show trip that could feasibly happen whenever. Sure, they could bring a camera crew along with them and document the excursion, but — I am going out on a limb here — maybe Jax and Brittany do not want to work while they are on their honeymoon?

After they got hitched on Saturday, June 29, Mr. and Mrs. Jason Cauchi did not hop on a honeymoon-bound plane, a honeymoon-bound Sprinter van, or a honeymoon-bound rocket ship. Instead, they stayed in Kentucky where they romped around on ATVs and went hiking. Because again, as Jax said, they plan on taking their honeymoon later.

And when their honeymoon does happen, it will most likely involve a bungalow that is suspended over the ocean. Last December, Jax and Brittany told E! News’ Justin Sylvester that though they had not yet planned their honeymoon, they do know that they would like to spend the trip in one of two tropical destinations. “It’s a tossup between Bora Bora and Jamaica, we’re not sure,” Jax said. “As long as she gets a hut, she’s happy.”

When speaking with E! News at JustFab and ShoeDazzle’s Desert Oasis event in April, Brittany made it clear which way she is leaning. She said,

Is there a chance they changed their mind and ended up booking a honeymoon weekend at Taco Bell's popup hotel in Palm Springs instead? Sure, maybe, anything is possible, et cetera. But if a Bravo version of a sportsbook existed, it would be safe to wager that Jax and Brittany will honeymoon in Jamaica. (If a Bravo sportsbook does exist, please do not tell me. My bank account thanks you in advance.)