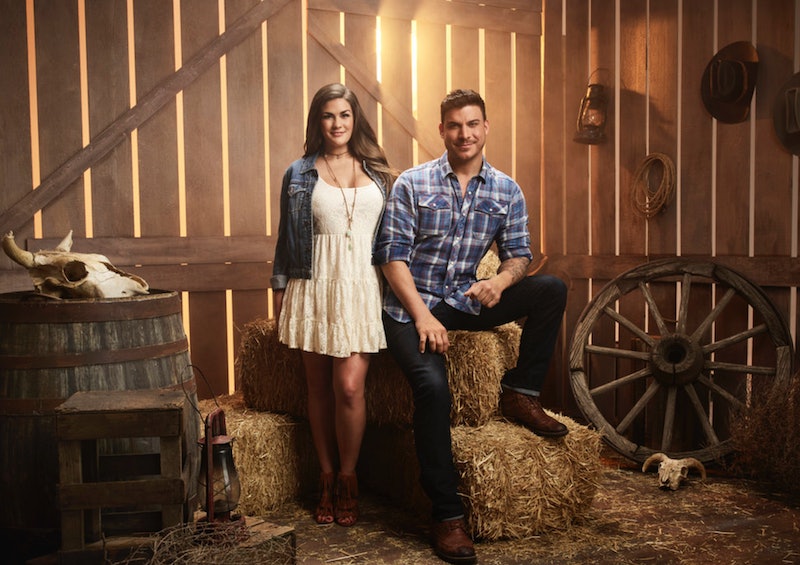 Good reality TV show start date announcements come to those who wait. Jax Taylor and Brittany Cartwright’s Vanderpump Rules spinoff was officially announced back in April, but the series premiere's air date has remained cloaked in a cape made out of old SUR bandana dresses. Well, my fellow Pump fiends, the moment has finally arrived. On Tuesday, Bravo revealed that Vanderpump Rules: Jax and Brittany Take Kentucky will premiere on Aug. 23. Whew, what a way to to finish out the summer.

Could this be? Is this yet another perfect excuse to belt out “Raise Your Glass” by Memoir featuring Dena Deadly, aka the Pump Rules theme? Oh, you can bet a tray of Taylor-made (sorry) Pumptinis it is. You know the words by now, so sing along: You know that it’s Jax and Brittany’s time, these are the best days of our lives, just raise your glasses high, this one’s for Jax and Brittany tonight.

And when Jax and Brittany Take Kentucky winds down? There will (presumably) be even more Pump Rules content waiting for us just around the corner. Some facts that seem relevant to the situation: Season 6, like the seasons before it, has been filming all summer, and Seasons 2 through 5 premiered during the month of November. It’s probably safe to assume the sixth round of Pump Rules will follow in the footsteps of its forepumpers. Thank you, Bravo, for the Pump Rules bonanza of 2017.

Speaking of Bravo’s generosity, here is a clip of Taylor’s first day of farm chores. Come for Taylor’s bold fashion choices, stay for Taylor hurdling over a pen to get away from a tiny horse.

May the next four weeks sprint by faster than the steed that that almost knocked Taylor off of his American flag boot-covered feet.