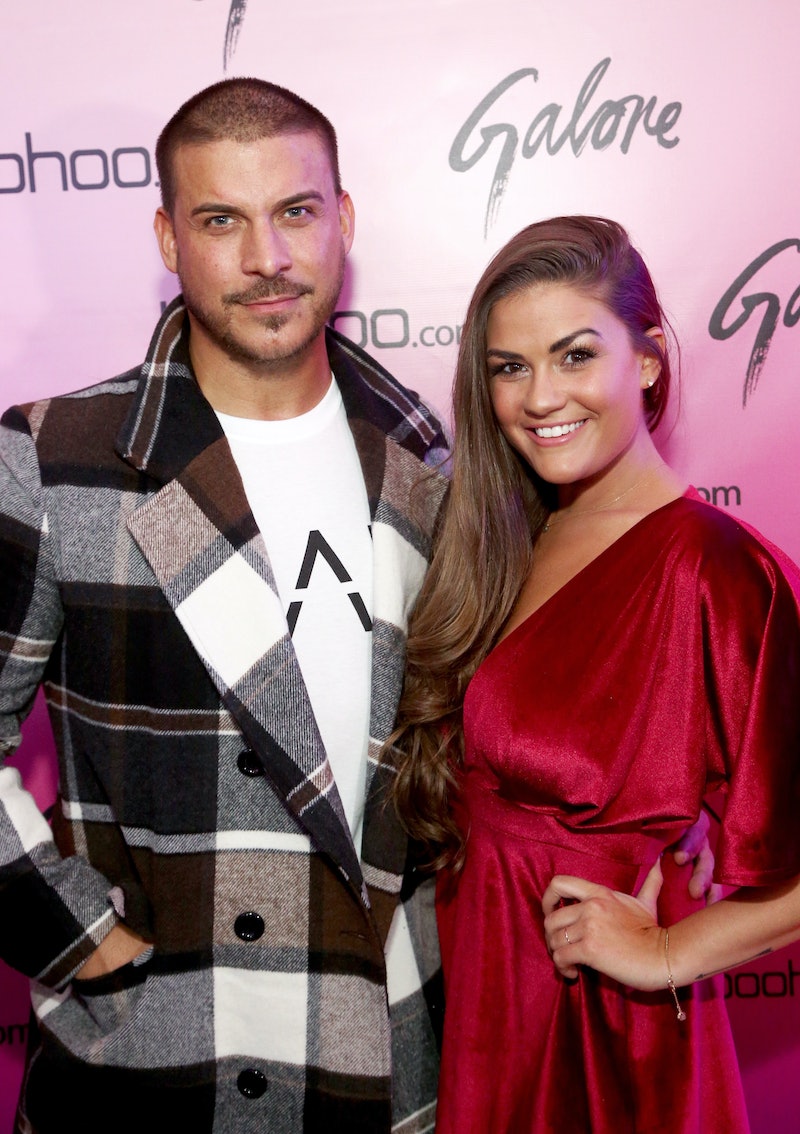 Most of the Vanderpump Rules cast and a bunch of Bravolebrities flew to Kentucky for Jax Taylor and Brittany Cartwright's wedding, but there's one person missing that they wish was there. Jax and Brittany saved a seat at their wedding for his late father, Ronald Cauchi, who passed away in December 2017.

On June 29, Jax shared a photo of their ceremony site before they exchanged vows in his Instagram Story. In the the photo, the first seat has a photo of Jax's late father, marking his dad's spot at the wedding. In his Story, Jax wrote "Dads here!"

In May, the couple revealed their plan to save a seat for his dad in an interview with Us Weekly. Brittany divulged, "He’ll definitely have a chair." Jax chimed in with, "He’ll have a seat somewhere." He also teased, "I have some ideas." They gave him a prime spot in the first row, which feels very right.

During the Season 7 Vanderpump Rules reunion Jax said his dad would have been very happy about the wedding. He told host Andy Cohen, "He would have been ecstatic." Jax also said, "He loved Brittany," which everyone does.

Even though Jax's father passed away after a battle with esophageal cancer in 2017, he has still been a major part of Jax's life. It was only fitting for him to have a designated seat at the wedding.

The wedding isn't the first occasion that the Vanderpump Rules star has included his father in. Jax has paid tribute to his father on Fridays since his dad passed by drinking Fireball Whisky from a bottle that belonged to his late father.

Aside from honoring his dad on Fireball Friday, Jax recently posted about him on Father's Day. He wrote, "I know you are with me every day," which is why it makes perfect sense for him to have his own seat at his son's big day.

On Ronald's first birthday since his death, Jax shared an old photo of his dad at the beach along with some very loving sentiments. In the caption, Jax wrote, "My only wish is that you could see me and Brittany on our wedding day, and meet your grandchildren, but I know you will be with me in spirit and help guide me the rest of my life."

Jax and Brittany's wedding seems like a dream come true. Their family and friends flew to her home state of Kentucky, and the couple is set to tie the knot in an actual castle, per People. They included all of their closest friends in their wedding party, and every element of the weekend just seems to be so Jax and Brittany.

The only thing that would have made it better is if his dad was able to be a part of it in person, taking Fireball shots in celebration. Unfortunately, that is not the case, but reserving a chair in his honor is the perfect reminder to everyone in attendance that he is there in spirit and he always will be.