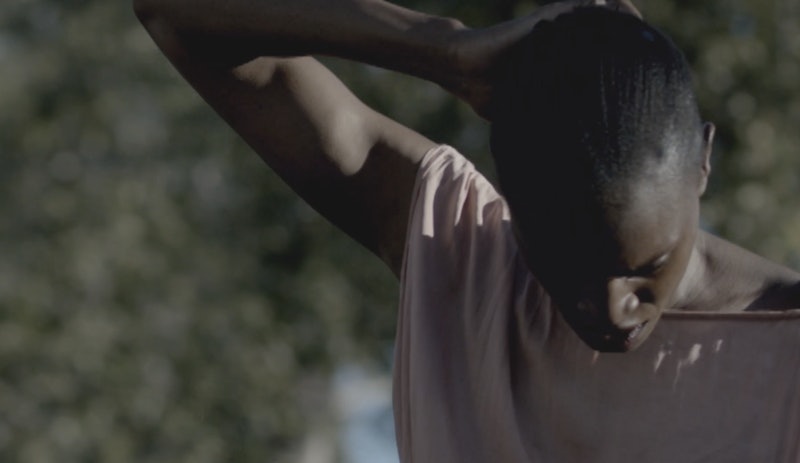 If you thought you'd seen all of 4:44, think again. It seems that JAY-Z just can't stop surprising fans with his artistic genius. At 4:44 p.m. EST on Friday, JAY-Z released another 4:44 music video, this time for the title track.

The production may not be quite the visual fans were expecting from this particular song. Since its release, “4:44” was viewed by many as an open apology of sorts to his wife, Beyoncé, for alleged infidelities during their relationship. However, the newly released montage of clips proves to be about something much bigger than his relationship with Bey. It seems that Hov’s approach with the “4:44” visual is part of something much deeper, as he’s channeled his focus into a tapestry of black culture, black love, black struggle, black pride, and black excellence. And while there are still a few glimpses of JAY-Z, Bey, and their first born daughter, Blue Ivy, in the video mashup, it's abundantly clear that this message is much larger than the Carter family.

In total, the 8-minute-and-30-second film offers an interesting collage, delving into many important layers of black society. It kicks off with a child singing Nina Simone’s “Feeling Good,” and follows that up with footage from Eartha Kitt’s 1983 documentary All by Myself: The Eartha Kitt Story, helping to deliver the much-needed messages of hope, freedom, love, and compromise.

An overwhelming sense of pride enters, as other pillars within the black community such as Lauryn Hill and artist Jean-Michel Basquiat, are featured among the snippets. The video brings about a dramatic range of emotions, which ultimately collide as a clip of Al Green singing “Judy” segues into old concert footage of Beyonce and JAY-Z performing “Drunk in Love” together on stage.

Amidst the mosaic artistry are troubling snippets of police brutality, violent community protests, and slave imagery, along with an emotional interpretive performance from a male and female dancer between segments of the montage. The riveting emotional rollercoaster, however, culminates as an adorable up-close and personal glimpse at a baby Blue Ivy, who becomes the calm after the storm, essentially bringing peace to the video’s conclusion.

It seems as if JAY-Z has a lot to get off his chest these days — and, boy, is he doing it in a major way. With 4:44, he’s managed to share his message of hope and self-awareness while keeping his audience fully engaged, proving that he is the real G.O.A.T. of the hip-hop game.