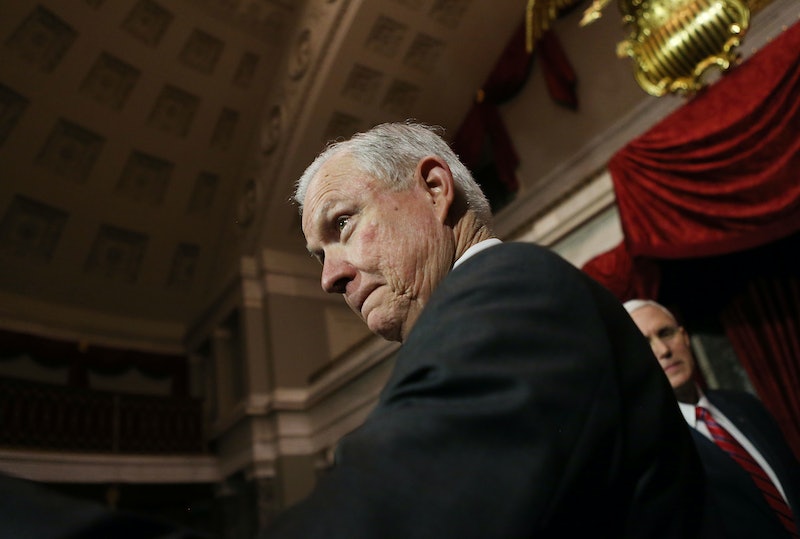 When Donald Trump nominated Jeff Sessions to take the reins at the Department of Justice, supporters of voting rights had good reason to be scared. Sessions has a checkered past when it came to voting access, so much so that it arguably helped cost him in his 1986 nomination to the federal bench. Those fears were realized on Monday, when news broke that the Justice Department reversed its opinion on Texas’ Voter ID law, dropping the claim that it had racial intent.

The case centers around a 2011 law passed by the Texas legislature requiring one of seven types of identification in order to vote. The law was originally blocked by Section V of the Voting Rights Act, but after the Supreme Court struck down key provisions of the act in Shelby County v. Holder in 2013, Texas began to enforce the law, and in 2014, despite a blistering dissent from Justice Ruth Bader Ginsburg, the Supreme Court declined to block the law.

But in 2016, the 5th Circuit Court of Appeals blocked the law ahead of the November presidential election, sendingd back a question of whether the law had discriminatory intent (as opposed to discriminatory effect) to the lower courts. The Department of Justice under the Obama administration had opposed the law.

Danielle Lang, deputy director of voting rights at the Campaign Legal Center, one of the groups challenging the Texas law, denounced the reversal — which the group was given one day's notice of before having to appear in federal court. “The change in the administration is the only explanation for this change, and it’s outrageous,” Lang said, according to the report in the Dallas Morning News. “For the Department of Justice to change its position after six years, when none of the facts have changed, is appalling.”

While the Department of Justice's bailing on the case will not stop the legal challenge against the Texas law, it more than suggests that Sessions’ Justice Department will operate very differently in the realm of civil and voting rights than it did under President Obama.

But others see this as a continuation of Sessions long legacy of allegedly restricting voting access. As Alabama Attorney General in 1985, Sessions pushed to prosecute three voter registration activists whom his office alleged had tampered with absentee ballots. The activists were acquitted, and Sessions’ 1986 appointment to the federal bench by Ronald Reagan failed in part because of that case.

This is just the latest instance of a Trump administration action to be filed under the label of “unsurprising but nevertheless unnerving,” right next to the rollback of protections for trans students in public schools and the hostile actions taken against undocumented immigrants. It almost certainly will not be the last.