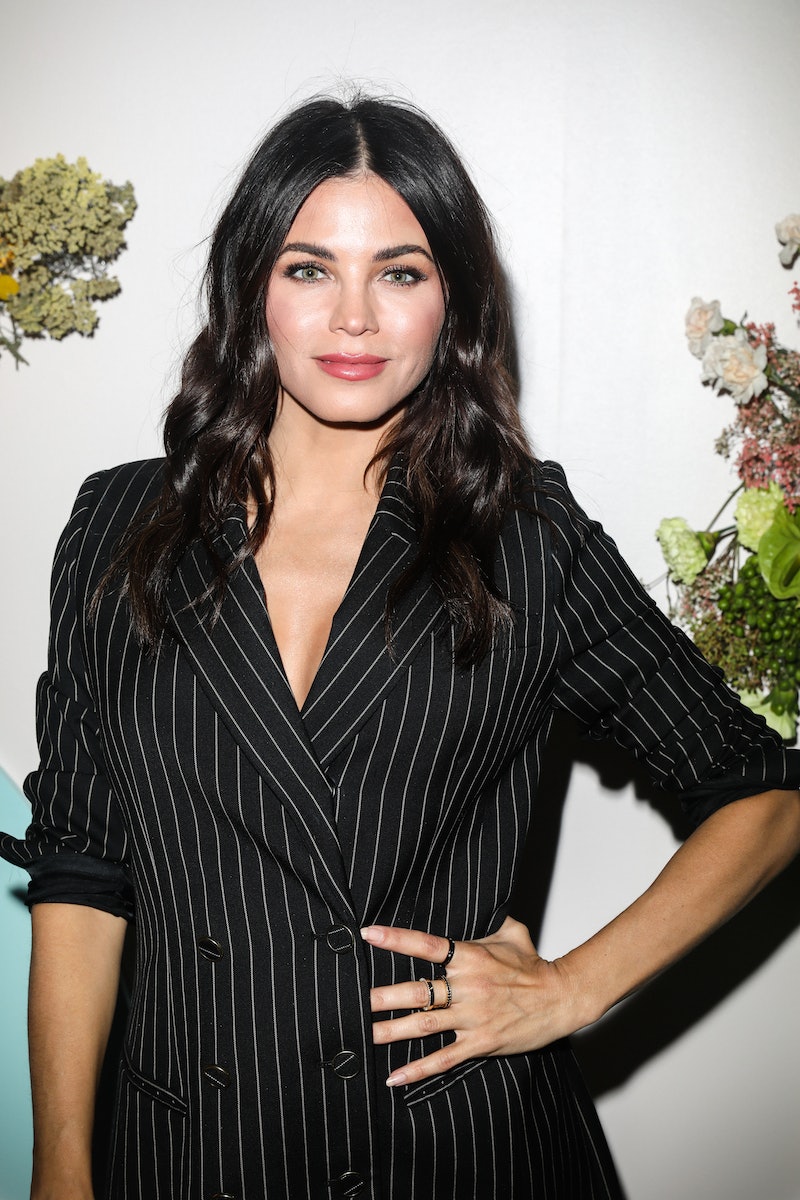 Discovering your ex is dating someone new from Instagram is a sucky and very normal person thing, and — in a “Stars, they’re just like us!” way — is essentially how Jenna Dewan discovered her ex Channing Tatum was dating Jessie J months after their split. In a new excerpt from Dewan’s soon-to-be released book, Gracefully You: Finding Beauty and Balance in the Everyday, the actor reveals that she learned about her ex moving on from the internet and was completely “blindsided” by the news.

In E! News' excerpt from Dewan's book, the actor recalled, "I was learning things about my ex most people wouldn't have to face — and over the internet, as it was happening. There I was, on a plane, alone, finding out about his new relationship. I felt blindsided." While she says she ultimately decided to handle the situation with "grace," that doesn't mean it wasn't "really difficult."

News first broke that Dewan's ex-husband, Tatum, was dating the singer nearly one year ago, but Us Weekly reported the couple had been together for a few months at that point. They're still going strong today, and Jessie J even met her boyfriend's daughter, Everly, whom he shares with Dewan. The singer told The Times that Everly is "absolutely lovely" and confirmed she's "very happy" with Tatum.

After nine years of marriage, Tatum and Dewan announced their split in April 2018. They released a joint statement, which read in part, "We have lovingly chosen to separate as a couple... We are still a family and will always be loving dedicated parents to Everly." Since then, they've prioritized co-parenting, including reuniting last Halloween to take Everly trick-or-treating.

Just like Tatum, Dewan has moved on post-split. She's been dating Broadway star Steve Kazee for a little over a year now. In September, they announced they're welcoming their first child together. According to E! News, Dewan made sure to tell Tatum the news first before they made any public announcement.

Even though they're both in new relationships now, Dewan shared in the book excerpt that the "separation tested [her] in ways [she] hadn't thought possible," especially since "the rumor mill was churning out story after story." Now, she's telling her side when Gracefully You comes out on Oct. 22.

More like this
Channing Tatum “Nearly Killed” Salma Hayek During 'Magic Mike' Lap Dance
By Sam Ramsden
All The Clues About Aly & Zach’s Relationship Status After 'The Bachelor'
By Brad Witter
Paris Hilton & Carter Reum’s Relationship Timeline Includes A 2023 Grammys Date Night
By Bustle Editors
Joey Essex Is Rumoured To Be Dating A 'Love Island' Favourite
By Sam Ramsden
Get Even More From Bustle — Sign Up For The Newsletter
From hair trends to relationship advice, our daily newsletter has everything you need to sound like a person who’s on TikTok, even if you aren’t.