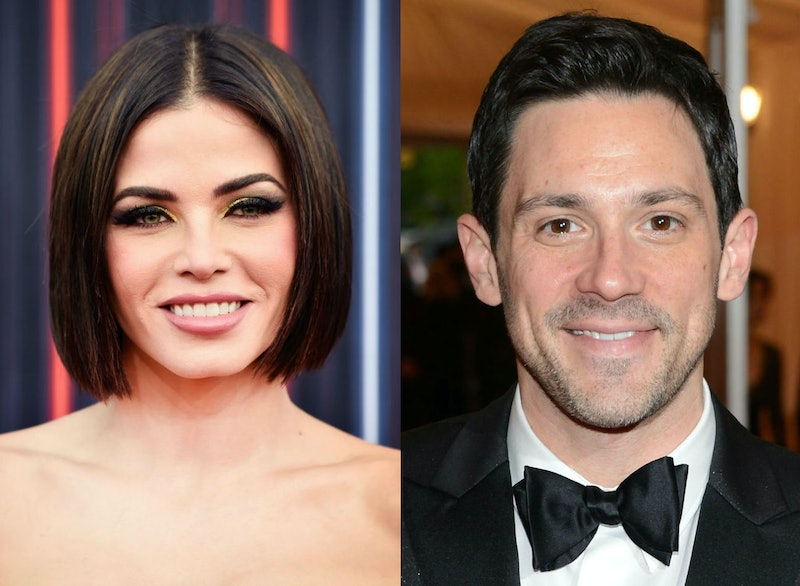 It looks like love really might be in the air for The Resident star. Jenna Dewan is dating Steve Kazee, according to The Blast. The website shared a photo of Dewan and Kazee with a group of friends at what appears to be Griffith Park's Haunted Hayride. They reportedly attended the Halloween activity on Tuesday. Sources told The Blast that their rumored relationship is "new," but that Dewan is "extremely excited about the romance" and they are ready to take things public.

On Tuesday, Entertainment Tonight also reported about Dewan and Kazee's supposed romance. Like The Blast, a source told ET that their relationship is "new" and that two have been dating "for a few weeks." According to People, a source said Dewan and Kazee have "been dating for a couple [of] months and she’s really happy."

Broadway fans should recognize Kazee, as he won a Tony Award in 2012 for Best Performance by a Leading Actor in a Musical for Once. He's also starred in several TV series, including Shameless, Nashville, and Blindspot, among many others. He also sang "A Thousand Years" with Christina Perri on Twilight's Breaking Dawn soundtrack.

On Oct. 27, Us Weekly reported Dewan was spotted kissing a mystery man at the Casamigos Halloween party in Beverly Hills on Oct. 26. At the time, an insider dished, "He's super handsome. She was introducing him to people in the group." According to ET, the man Dewan was reportedly kissing was Kazee.

On Oct. 17, Us reported Dewan was dating "someone new," but he isn't "well known." It's unclear if Us was referring to Kazee. Even though he's not one of the most popular celebrities or is constantly making headlines, the singer/actor is definitely no stranger to Hollywood. And now that he's been linked to Dewan, you bet he'll become even more "well known."

Back in September, People also reported that Dewan and Channing Tatum were dating other people after they released an amicable statement announcing their split in April. A source told People, "[Jenna] has been on a few dates but doesn’t talk about a boyfriend." A different source told the outlet that Tatum was having fun dating, but it wasn't anything "serious."

Like Dewan, Tatum has been connected to a famous face — Jessie J. The two have reportedly been dating for a couple months, per an Oct. 10 report from Us. Tatum's reportedly been spotted at Jessie J's concerts and they were even supposedly seen playing mini golf in Seattle. (At the time of Us' report, Bustle reached out to Tatum and Jessie J's reps for comment, but did not immediately hear back.)

On Oct. 17, People also reported Tatum and Jessie J wanted to keep things "low-key" and that it was an "exciting time for both of them." At the time, a "film source" also told the website about the actor and singer, "It’s a new thing for them and too early to see if it will go anywhere. But for now they are having fun and getting to know each other."

Well, it certainly sounds like both Tatum and Dewan have happily moved on, all while exploring exciting new relationships.