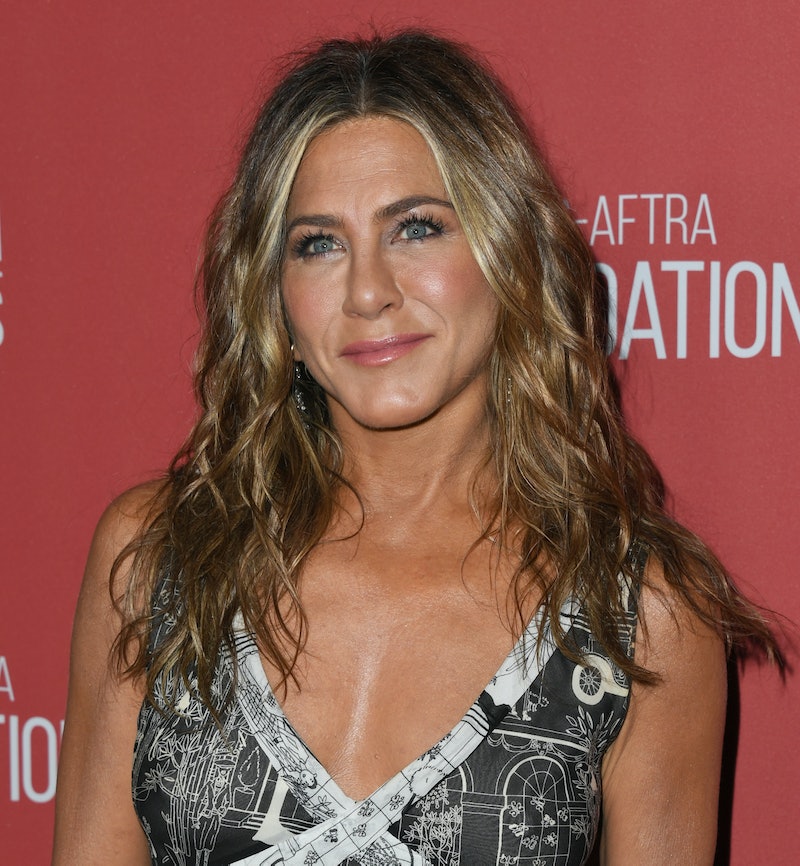 No one told Friends fans life was going to be this way when it came to a reunion. The beloved cast reuniting in some capacity remains a distant dream, but Jennifer Aniston gave an update on the Friends reunion that might give fans hope. In a recent interview with People, which recently named her one of four "People of the Year," Aniston briefly commented on the rumor that she and her five former costars are gathering for "an unscripted special" on HBO Max.

After insisting she knows "nothing" about the Friends reunion rumor that was first reported by The Hollywood Reporter on Nov. 12, The Morning Show star said, "And I will just continue with… we're trying." Aniston also admitted that reunion questions are "never-ending," but she's not annoyed by it. Actually, she said the fact that Friends continues to bring people "joy" makes she and the cast "proud."

According to THR's initial report, there are talks for the series creators, Marta Kauffman and David Crane, and the entire cast, Aniston, Courteney Cox, Lisa Kudrow, Matthew Perry, David Schwimmer, and Matt LeBlanc, to reunite for an HBO Max special that would be unscripted. THR also made it clear that the deal was "far from done and agreements with cast and creatives still need to be hammered out."

Aniston previously fueled reunion rumors during an October appearance on The Ellen DeGeneres Show. She told the daytime talk show host that the cast had plans to work on "something," but it wasn't a reboot. "Listen, we would love for there to be something, but we don't know what that something is," she told Ellen DeGeneres. "We're just trying. We're working on something."

That said, in September, co-creator Kauffman told Rolling Stone that people still love the show the way it is, so there's no need for a Friends reboot or reunion. Kauffman also said that the show wasn't as relevant anymore to the characters, noting that the show is "about a time in your life when your friends are your family." And, unfortunately, in her opinion, that time has passed. "All we'd be doing is putting those six actors back together, but the heart of the show would be gone," she added.

Aniston's words of encouragement are definitely keeping the Friends reunion dream alive. Until it actually happens, fans will just have to bask in the glory of Aniston's first Instagram that reunited the cast, just like they've been asking for.