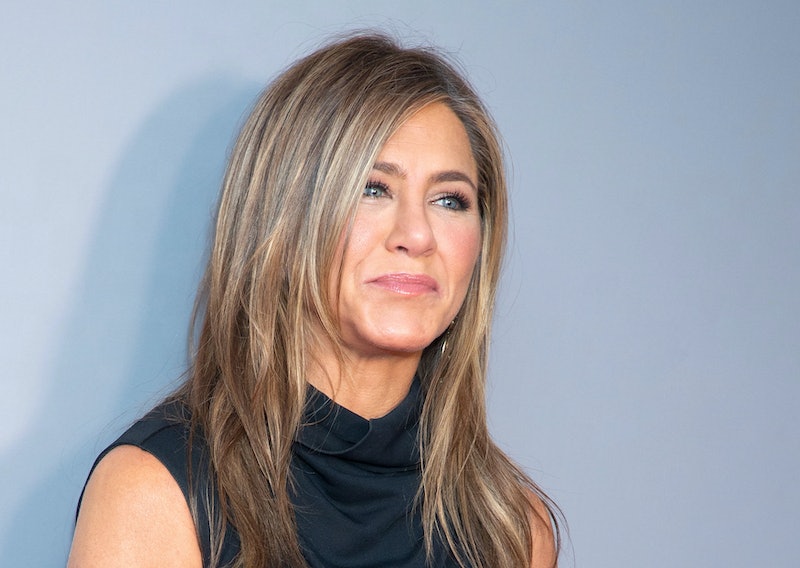 Thanksgiving 2019 has been and gone, and the photos of celebrities celebrating are what fans are truly thankful for. And you guys, Jennifer Anniston hosted a Friendsgiving party and it looked legit.

Hosting an event suitable for Hollywood royalty is probably old hat to Anniston but this year, she has a flipping Instagram account so fans get to see what really goes on in her life. Is it as fun and fabulous as you might have assumed? Well if her Thanksgiving celebrations are anything to go by — a big fat yes on that.

In attendance were a load of A listers including Courteney Cox, Jimmy Kimmel, her ex Justin Theroux, and Jason Bateman. Kimmel's pretty delicious looking enchiladas made the cut for Anniston's Instagram account. She shared a pic of her putting them into her (obviously sparkling clean) oven, with a caption fit for the slightly explicitly named Mexican treats.

As well as that, she shared a video of the spread on offer which featured turkey and all the trimmings. And was her table setting lit? What the hell do you expect? Yep, not exactly factory seconds and cheap petrol station flowers.

The event was an absolute sparkling reminder of the iconic Friends celebrations that featured on the hit sitcom. Although TBH, there's no evidence of a post dinner football game. Which is probably for the best considering how that went down in the TV show.

Anniston's party isn't only the perfect vision of LOLs and good food but partying alongside her ex Theroux shows that she's got conscious uncoupling down pat. And wouldn't we all be thankful for that.