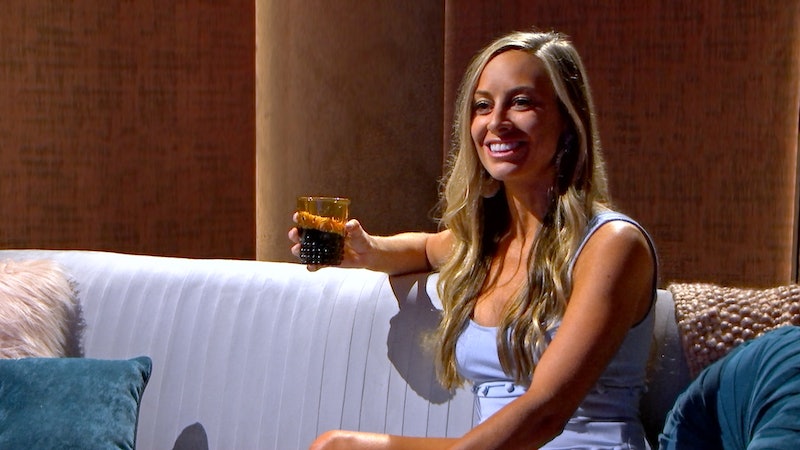 It's no secret that Jessica Batten struggled throughout the first season of Netflix's reality dating series. And it turns out, the experience was so taxing, it inspired Jessica to seek therapy after Love Is Blind finished filming. Jessica made this revelation while speaking about how filming the reality show affected her in an interview with Entertainment Tonight, conducted at the Season 1 reunion taping in February.

"There was one experience of living it, and there's the secondary experience of watching it back," she told ET. "After the show wrapped, I had a really tough time. I had to take some time for myself and get through therapy and stuff like that."

Jessica's been nothing but open about how the experiment affected her emotionally and mentally. During the reunion, she admitted that she "didn't really like the person that [she] saw" when watching the season. "I was really uncomfortable and I was drinking too much," she said. She also referred to many of her moments as "brutal" and "cringe-worthy."

At the reunion taping, Jessica also spoke with Refinery29 and added that the backlash she's faced for how she handled her engagement to Mark and Barnett's rejection in the pods has been far from easy. She said social media has been the "worst part," especially when family members see hurtful comments directed at her. "I don't really care about people on social media, but someone told me to go kill myself and my dad saw," she explained.

Like Jessica, Mark also needed time to self-reflect after filming. He previously told Bustle, "I really dug deep within myself, and I went to therapy. This whole experience has taught me how to look more for answers within myself as opposed to seeking them out for other people." Mark said he's now a different person thanks to both the experience and Jessica.

Their need for therapy serves as an important reminder that sometimes a show like Love Is Blind isn't only entertainment, but someone's actual reality that can even impact their mental health. It's something reality shows are grappling with right now. The Bachelor featured an entire segment on online bullying during the recent Women Tell All special specifically to bring this topic to light.