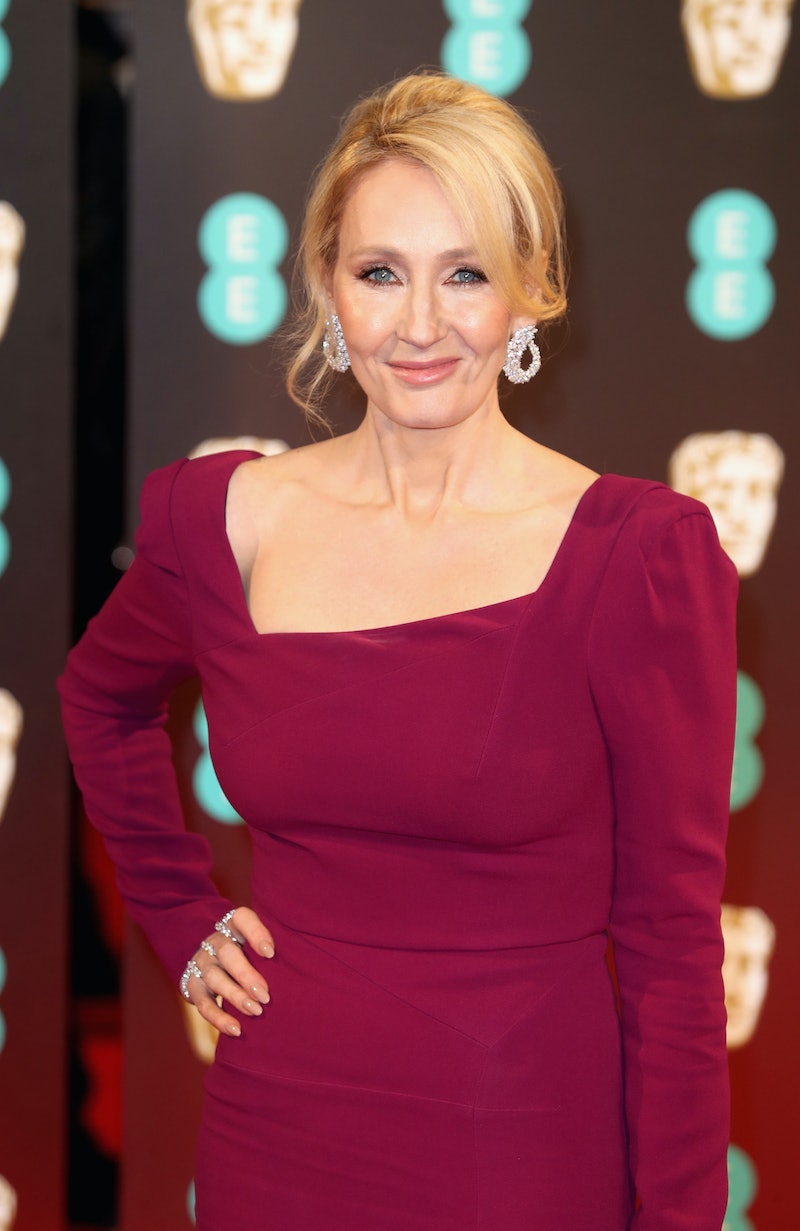 An ongoing Twitter feud between two British celebrities took an interesting turn on Tuesday, when J.K. Rowling schooled Piers Morgan . . . with his own tweet? Yes, it really, truly happened, and it's just as glorious as you can imagine.

Harry Potter fame aside, Rowling has made quite a name for herself on Twitter, where she frequently dishes out sass toward Brexiters and Trumpsters alike. On Sunday, the author tweeted: "Yes, watching Piers Morgan being told to fuck off on live TV is *exactly* as satisfying as I'd always imagined." The tweet launched a series of petty responses from Morgan, to which Rowling responded with her trademark wit and vigor.

The real cutting blow came on Tuesday, when Rowling subtweeted Morgan with a screenshot from his 2010 write-up for The Daily Mail, "The 100 British Celebrities Who Really Matter by Piers Morgan (100 to 79)." Morgan placed Rowling in the No. 97 position on that list, writing that, "by encouraging children to read, feel inspired and be creative, she has had a greater impact on the world than most of the other names on it." But he didn't appear to recognize his own work, and accused Rowling of humblebragging.

Check out the full exchange between J.K. Rowling and Piers Morgan below.

Note: Whatever Piers Morgan's response to this tweet was, it has since been deleted.

Morgan later tried to save face by claiming that he was obviously in on Rowling's joke, but that #humblebrag hashtag says otherwise.

The co-owner of North London's Big Green Bookshop is currently tweeting the Harry Potter books at Morgan, knowing now that he has not read them.