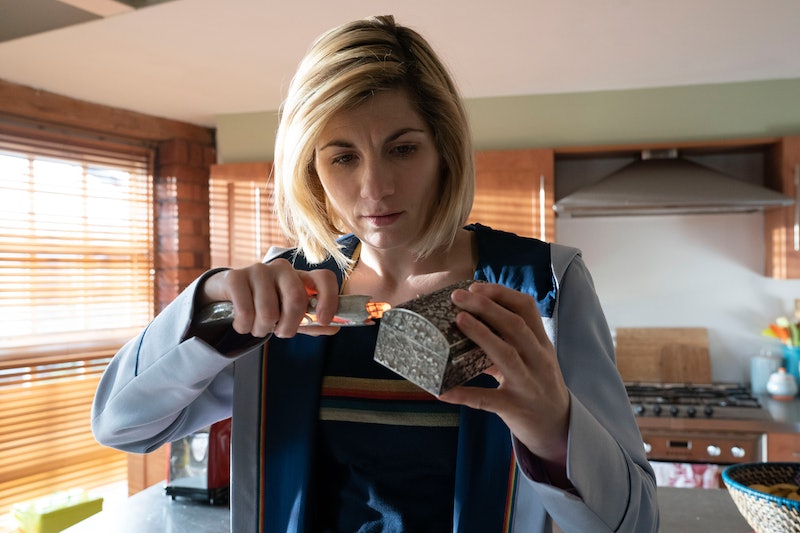 Ever since she burst onto our screens in 2017, the nation’s love for Jodie Whittaker as the first female Doctor Who has grown with every episode. Returning for her second outing as the 13th Doctor in 2020, our weeks have been spent counting down the days until Sunday and a new episode, but the actress excitingly just broke the news that she will be continuing her role as the first female Doctor for another season.

Jodie told Entertainment Weekly: “Yes, I’m doing another season. That might be a massive exclusive that I’m not supposed to say, but it’s unhelpful for me to say [I don’t know] because it would be a massive lie!”

As a huge fan of the show, stepping into the iconic role of the Doctor has been a big deal for the 37-year-old actress, meaning she’s not ready to give it up just yet. “I absolutely adore it,” she said. “At some point, these shoes are going to be handed on, but it’s not yet. I’m clinging on tight!”

Unsurprisingly, the internet was thrilled to hear that Jodie would be returning for a third outing as the Doctor. "I’m delighted, she’s been my favourite Doctor since Tennant! Her performance is by far my most loved aspect of this era, I can’t wait to see more of her," one fan wrote.

"Great news. I love Jodie Whittaker as #DoctorWho," another added, "She is giving such a sure footed performance in the latest series and I can’t wait to see where she takes her interpretation of the role next time."

Returning on New Year’s Day with a two-part special, Doctor Who Season 12 has seen Jodie’s 13th Doctor back in the TARDIS with the help of her companions Ryan (Tosin Cole), Yaz (Mandip Gill) and Graham (Bradley Walsh). There’s also been some seriously impressive guest stars, with comedy legend Sir Lenny Henry making an appearance while Stephen Fry is set to guest star in a later episode.

As the first woman to play the double-hearted Time Lord, Jodie’s role in the show has come with a whole new set of challenges, recently admitting that she felt pressures as a female actor that her predecessors hadn’t.

“We will have all had incredibly similar feelings about it. But what was an added fear for me was the slight projection that I represented all actresses,” she told Salon. “When David [Tennant] got the part or Matt [Smith] got the part, it was solely on them as an individual and how they did. Whereas I felt like if I’ve made choices that people don’t like, I could potentially hold women back.”

She continued: “I seem to be in the media representing all actresses, which obviously isn’t the case and shouldn’t be, but in these moments when women are given these opportunities, is.”

More like this
Wait, Is 'Happy Valley' Not Actually Over?
By Darshita Goyal
Claire Foy Spoke Out About 'The Crown's Gender Pay Gap
By Sam Ramsden
Olivia Colman Stars In First-Look Trailer For BBC's 'Great Expectations'
By Sabah Hussain and Sam Ramsden
Alan Carr's 'Changing Ends' Is A Witty Sitcom Based On His Own Life
By Darshita Goyal
Get The Very Best Of Bustle/UK
Sign up for Bustle UK's twice-weekly newsletter, featuring the latest must-watch TV, moving personal stories, and expert advice on the hottest viral buys.