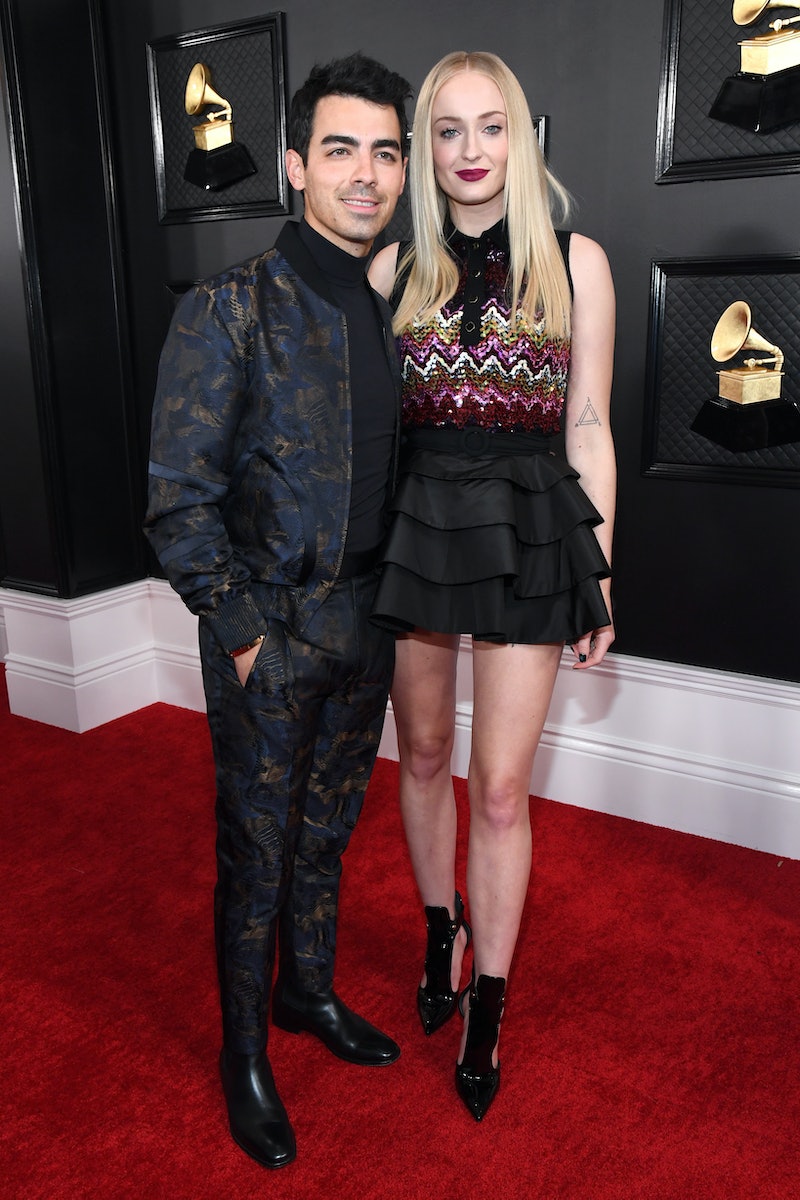 While they might not be confirming pregnancy rumors, Joe Jonas and Sophie Turner aren't coy about their love for one another. In honor of his wife turning 24, Jonas posted a birthday tribute to Turner on Twitter and Instagram on Feb. 21. His birthday message featured a stunningly casual shot of Turner outside a restaurant, apparently taken by her husband, and a sweet, simple caption.

"Happy Birthday to the love of my life. Life is better with you," Jonas wrote. Life might be getting even better for the couple really soon. Reports from Feb. 12 claimed that Turner and Jonas are expecting their first child. Bustle reached out to reps for both stars, but they have yet to confirm or deny the news. However, a source told Us Weekly that Turner is due in the middle of summer 2020 and that the couple has "always known they've wanted kids."

Besides a lack of baby rumor acknowledgement, the post also doesn't mention how the pair will be celebrating the Game of Thrones star's big day. Last year, Jonas and Turner had a fun night out for her birthday. At the time, he posted a video of Turner dancing alongside Ashley Graham, Turner's X-Men costar Alexandra Shipp, Cris Urena, and his brother and sister-in-law Nick Jonas and Priyanka Chopra. And the year before that, ahead of her 22nd birthday in 2018, the couple vacationed in the Maldives (which is also where they honeymooned). However, if the baby rumors are true, Turner may be having a more low-key birthday this year.

Whether the couple will be dropping baby news is something fans will simply have to wait and see. But no matter what comes next for them, Jonas' post shows he's ready to celebrate infinite more birthdays with the love of his life.