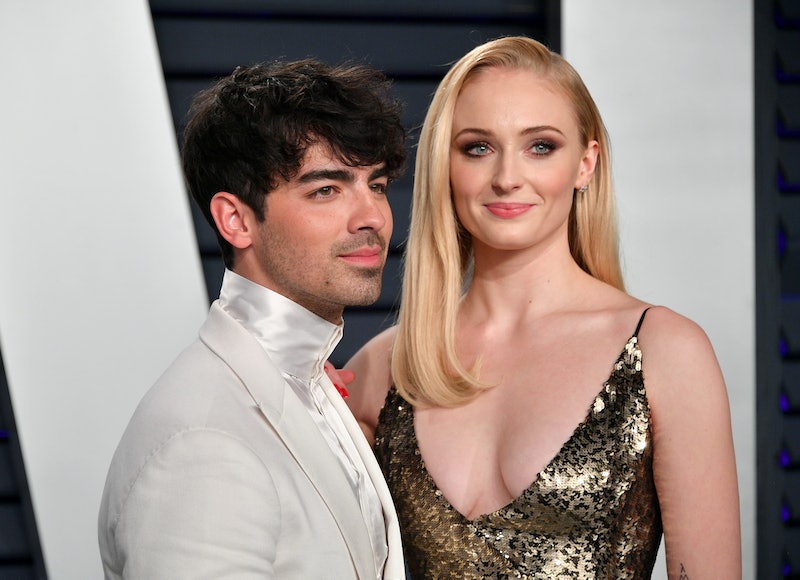 His name is Jonas. Joe Jonas. Joe Jonas' James Bond-themed birthday party photos prove Sophie Turner is the real 007 — as it turns out, the Game of Thrones actor was the architect of the epic soiree. On Friday, Aug. 16, Turner threw Jonas — who turned 30 on Aug. 15 — the ultimate Bond-themed party alongside friends and family. On the heels of the party, Jonas took to Instagram on Aug. 19 to thank his wife for the bash. “Thank you babe for throwing me the most epic bond themed 30th birthday 🎂😎,” Jonas captioned a series of black-and-white photos with Turner and several partygoers. “here’s a few pictures before the 🍸”

The elegant bash came a day after Turner surprised her husband with a birthday cake onstage during a Jonas Brothers concert. At the Capital One Arena in Washington, D.C. on Aug. 15, brother Nick led a rendition of “Happy Birthday” with the crowd as the Game of Thrones alum (with help from sister-in-law Danielle) brought her beau the cake and gave him a kiss.

As per reports by E!, Jonas’ elaborate Bond-themed birthday party was held at Cipriani Wall Street in New York City. Jonas and Turner arrived at the soiree in an Aston Martin, James Bond’s luxury vehicle of choice. Of the Casino Royale decor, an eyewitness at the party told E!, “The venue was decked out in James Bond decor. They had casino tables set up with personalized Joe Jonas hundred dollar bills. Servers were passing out martinis and cigars. They all had a great night playing poker and hanging out together. They threw the personalized money up in the air and all over the floor for fun. Everyone posed in a photo booth and in front of a large GoldenEye prop."

The source continued, "They sang 'Happy Birthday' to Joe and brought out a tiered birthday cake that had a big Joe Jonas head as the top layer. It was a fun night for the whole crew and Joe seemed to really enjoy himself. The Jonas Brothers all hung out together and posed for photos with their wives."

Prior to the festivities, Turner took to social media on Aug. 15 with a heartfelt birthday message for her husband, whom she wed in an intimate June ceremony in France. On her Instagram Story, she shared a picture of Jonas against the backdrop of a sunset sky and wrote, “Happy 30th to my love and the best thing that's ever happened to me @joejonas I love you.’

Jonas and Turner are clearly the crime-fighting spy couple 007 enthusiasts can get behind. If Jonas' birthday photos are any indication, Goldfinger is certainly no match for the pair.