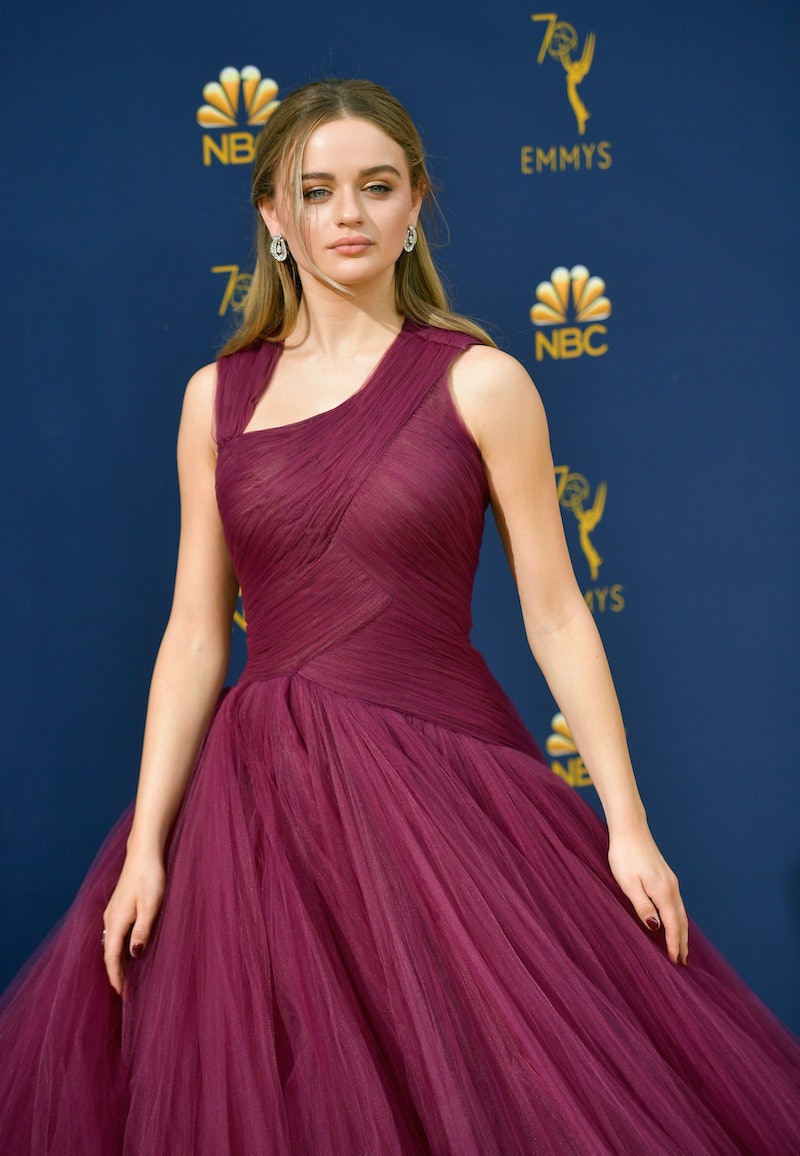 Audiences were already anticipating Hulu's new show The Act. But now, Joey King's first photos as Gypsy Rose have people counting down the days until its premiere. Ahead of the crime anthology's debut on March 20, King posted two jaw-dropping photos of herself channeling the Missouri prisoner, and they're shockingly uncanny in resemblance. The "Mommy Dead and Dearest" trial has had people enthralled for years, and King is taking on the role of a lifetime bringing the story to the screen.

In the photos, King has a shaved head, false teeth, large-framed glasses, and is in a wheelchair, looking strikingly similar to actual footage of Rose. In one photo, she sits beside Patricia Arquette as Rose's late mother Dee Dee Blanchard, who Rose was convicted of murdering in her Missouri home in 2015 when she was 23. The Act will tell the chilling real story of Blanchard's death.

The murder trial is fascinating because of its history of bizarre twists. Inseparable from her mother, Rose was wheelchair-bound since childhood, took countless medications, and at one point had a feeding tube, believing herself to be a terminally ill young woman for much of her life. However, after the murder, it was revealed that Rose was never sick, but suffered abuse from her mother due to Munchausen sydrome by proxy, a disease in which a guardian exaggerates or induces a child's sickness for attention and sympathy. As a means to escape her mother's abuse, she allegedly plotted the murder with her boyfriend Nicholas Godejohn who faces life in prison and is scheduled to be formally sentenced in February 2019, as reported by The New York Post.

The photos King posted are a window directly into the history of the case. They also serve as taste of what true crime fans are in for with The Act.

Fans are understandably losing their minds at the similarities between the real life footage of Rose and Blanchard and King and Arquette's transformations.

"Ok can they just [give] you the awards cut to the chase lol you two transformed!!" one fan wrote on King's post. Another commented, "This is going to be amazing!! can't wait," while a third fan on Instagram added, "That is scary looks so much like her."

The photos come after months of King's prep and commitment to channeling Rose to the fullest. In October, the actor shared a video of herself getting her head shaved for the role. "My name for the next 4 months, is Gypsy Rose Blanchard," she wrote. This story is very disturbing and I am honored to be able to portray it. What a wild ride this will be on The Act." Although King acknowledged that it was her third time shaving head for a project, this one stands apart from her past roles in an astounding way.

Fans should also be thrilled to finally see King onscreen alongside her award-winning co-star Arquette. (King even posted a photo of Arquette after she won the 2019 Golden Globe for Best Actress in a Limited Series captioned, "my queen.") At this point, two things are for sure: Kings' photos are unbelievable and The Act looks poised to give the rest of TV a run for its money.