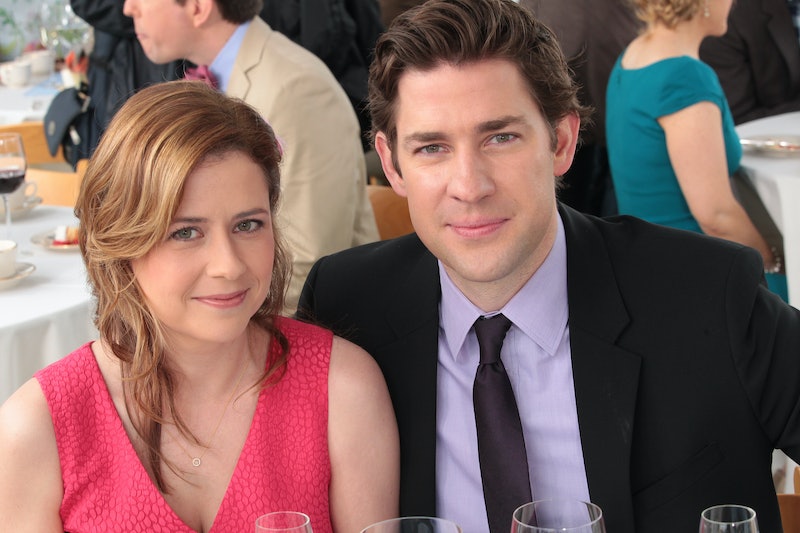 One final twist never made it into The Office. A new book titled The Office: The Untold Story of the Greatest Sitcom of the 2000s by Andy Greene, revealed that John Krasinski wanted Jim and Pam to break up during the final season of the show, as per Vulture. In fact, co-creator Greg Daniels even planned to shake up Jim and Pam's relationship, preparing to split the two up halfway through Season 9, and then have the couple reunite in the final episode. Fans might remember that Jim took a job in Philadelphia, causing Pam to worry about moving and putting stress on the relationship.

Writer Brent Forrester confirmed that The Office team wanted to "do something risky and high-stakes" with Jim and Pam's marriage, according to Collider. "There was going to be a reunion episode where you see that Jim and Pam have split up by this time, and they will have their reunion in the reunion episode," Forrester told Greene for the book. Ultimately, the idea of a split "wasn't universally loved" by the show's cast or creators, and the team went another route to introduce uncertainty into the relationship.

Despite push back from some writers, Krasinski was on board for a bit of turbulence in Jim and Pam's relationship. He encouraged The Office showrunners to test the couple's relationship, noting a split would make the characters more dynamic, according to Collider. In Greene's new book on the show, Krasinski said: "My whole pitch to Greg Daniels was that we’ve done so much with Jim and Pam, and now, after marriage and kids, there was a bit of a lull there."

Krasinski wanted to find out how a breakup would change the beloved television couple, especially for an audience who'd followed them through several seasons of happily-married life. "For me it was, ‘Can you have this perfect relationship go through a split and keep it the same?’ which of course you can’t," Krasinski said. He added: "I said to Greg, ‘It would be really interesting to see how that split will affect two people that you know so well.’"

The Office writers even considered creating a love-triangle with Brian, a cameraman with whom Pam breaks the fourth-wall with in Season 9. Brian, an unseen presence throughout the series, seemed like the only character who Pam might be romantically interested in other than Jim. Creators ultimately decided it was too much of a challenge to a relationship fans knew and loved.

Forrester said the show ultimately decided Jim and Pam's break up would've disappointed devoted viewers, according to Complex. Even Krasinski ultimately conceded the story would be too painful for longtime viewers. Forrester said: "John Krasinski said to me, ‘Brent, this final season is for the ultra fans of the show. They’re the only ones really still left watching, right? This is for them.'"

More like this
The First Trailer For 'That '90s Show' Includes So Many Nods To The Original Series
By Jack Irvin, Alyssa Lapid and Grace Wehniainen
The 'Ugly Betty' Cast Just Reunited In The Best Way
By Sam Ramsden
How The Thanksgiving Episode Of 'Gossip Girl' Changed Pop Culture History
By Gabrielle Bondi
Kate Winslet To Star In Russell T Davies' 'Dark Season' Revival
By Sam Ramsden
Get Even More From Bustle — Sign Up For The Newsletter