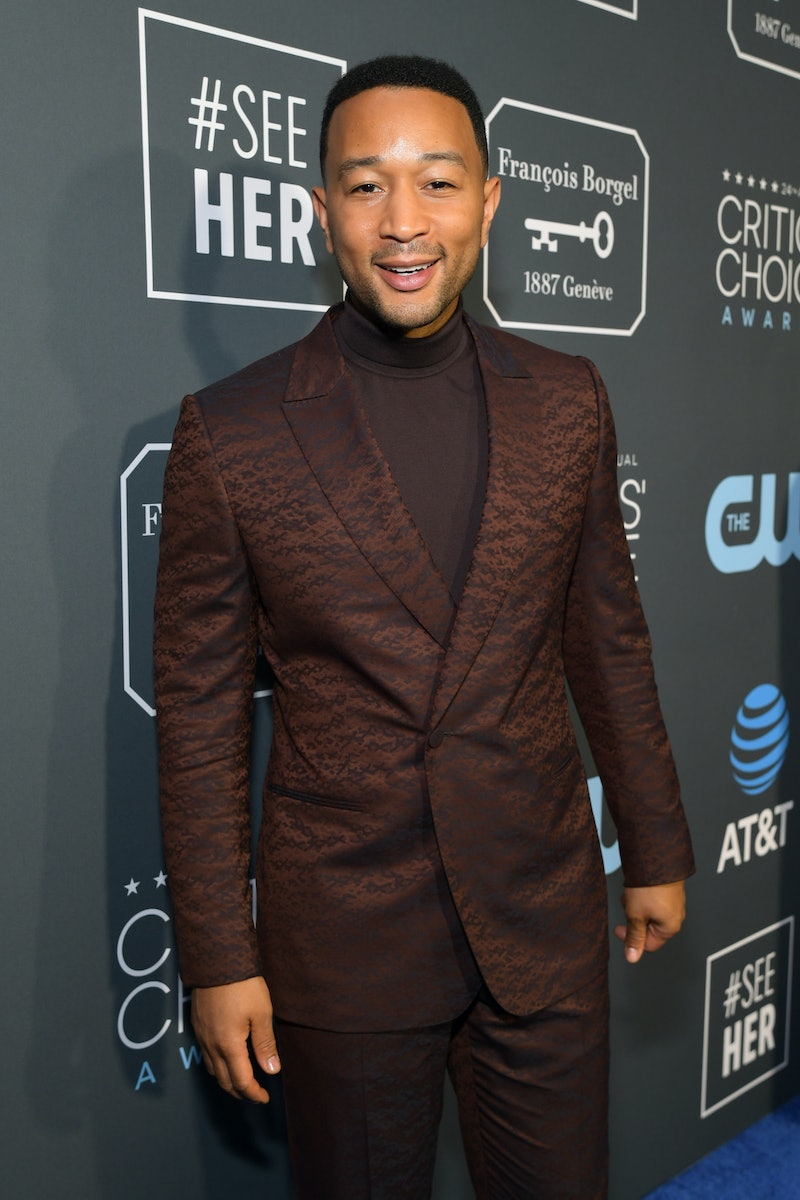 The Miles Theodore Stephens cuteness is never-ending. Miles took his first steps recently, which Chrissy Teigen was lucky enough to catch on video. She also shared the footage on social media. But what Legend-Teigen fans need to know is that John Legend celebrated Miles' first steps by crafting a spot-on dad joke. Oh, yes, the musician is also talented in the dad joke arena.

On Wednesday, July 24, Legend retweeted Teigen's video of their 1-year-old son and wrote, "Miles-stone!" See? The perfect dad joke. Of course, The Voice coach made a play on his baby boy's name and the word "milestone." Legend just couldn't help himself and everyone is so much better for it.

Miles taking his first steps really is a major milestone. As you can watch in the video below, Teigen sat on the couch as Miles somewhat stumbled over to her. The Cravings: Hungry For More author isn't sure if Miles stumbling truly count as his first steps, but it sure looks like he's walking. "I think I just caught his first real steps! Does this count?," Teigen captioned the clip. She's also heard saying to Legend's mini-me, "Good job! You took a step." It's definitely a sweet moment and Teigen is probably thrilled she just happened to be filming at that exact point in time.

It's no secret that both Teigen and Legend have great senses of humor, so for him to come up a funny dad joke really isn't surprising. For example, in March, he hilariously tweeted, "My jokes aren’t too bad… Want to hear a joke about paper? Nevermind, it’s tearable." In March 2016, the singer also shared on Facebook that he was "practicing my dad jokes." Well, it appears that he no longer needs practice, especially now that he's been a father of two for awhile now.

Speaking of being a father, Legend couldn't be happier. The EGOT winner told People in June about being a parent alongside Teigen, "I think we like to share those little moments of our kids just like most parents like to share theirs too. We are enjoying parenting and we enjoy sharing some of that with our followers." He added, "I’m proud of who we are as parents and I’m proud of our kids."

When it comes to Legend being a father, Teigen couldn't be more pleased. "He's so good. I knew he would be a good dad when I first met him. He's just very warm and loving," she revealed at June's PopSugar Play/Ground event. There's no doubt about that. Based on what both the Bring the Funny judge and Legend share on social media, you can tell just how much fatherhood means to him. He's definitely comfortable being a dad to both Miles and Luna.

Whether he's posting cute pictures of Miles on vacation, singing and dancing around the house with Teigen, Miles, and Luna, or simply gushing about his adorable family, Legend is always in proud dad mode. Really, who can blame him? The fact that he embraces fatherhood like he does, Legend deserves to tell all of the dad jokes he wants.