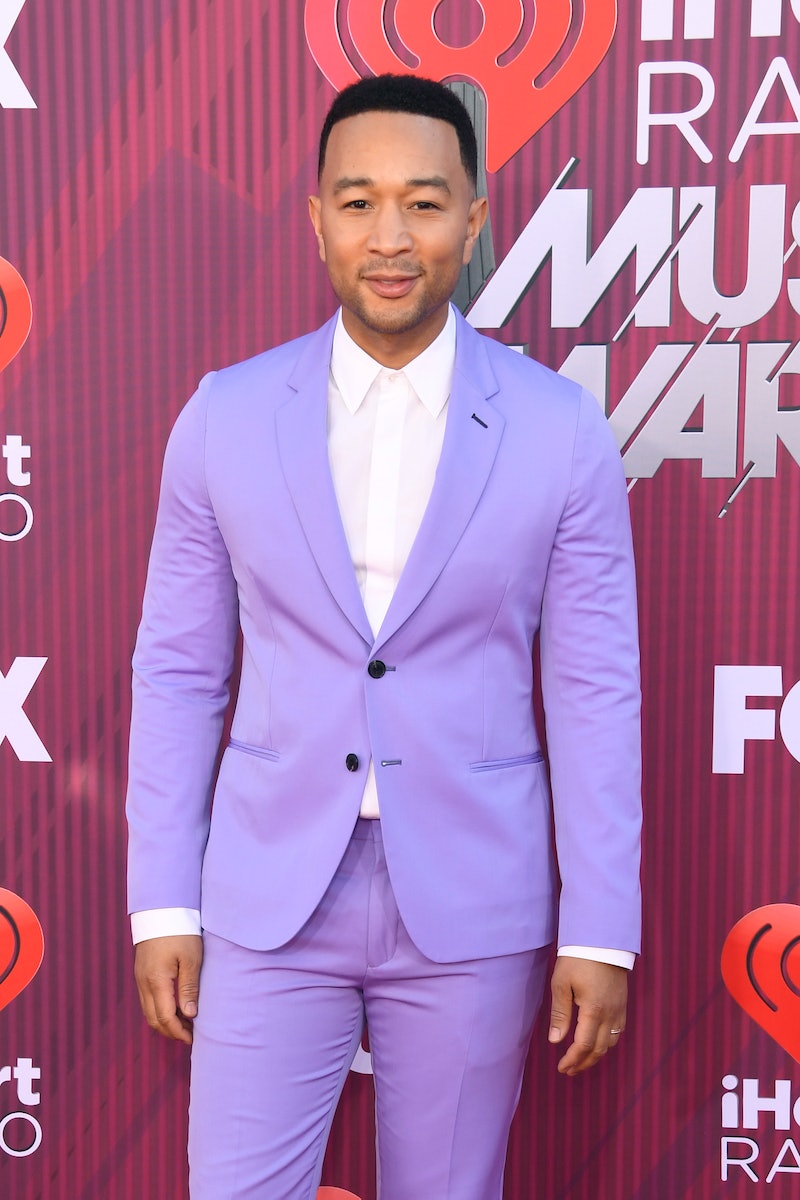 John and Chrissy's family may just have a new social media legend in its midst. John Legend's mom Phyllis Stephens joined Twitter, sharing a simple, one-word March 29 message: "Hello." In just over 24 hours, "Mom Legend" (as she used for her display name) gained more than 8,500 followers, and her greeting had racked up more than 6,800 likes as of publication — thanks in large part to her EGOT-winning son's retweet.

"Hi Mom! Welcome to Twitter. I apologize in advance for everyone," Legend wrote to the Stephens family matriarch, who credited herself as a "Singing Hat Lady" in her bio.

Also as of publication, Ms. Stephens was only following three accounts, Legend and wife Chrissy Teigen being two of them, of course. (She's definitely in for some amazing treats from her daughter-in-law AKA everyone's favorite "unofficial mayor of Twitter.")

Just as almost anyone who's had a parent or grandparent join social media has experienced at one point or another (at the very least), Ms. Stephens has already adorably enlisted her son's help. "@johnlegend please retweet for me," she wrote along with a video of herself promoting a health and wellness product.

After all, she did plenty to teach Legend and his siblings a thing or two when they were youngsters. As Legend explained in a 2017 interview with InStyle, “My parents homeschooled us, and they literally had books called character sketches that were about what it means to be hardworking, determined, loving, patient … and how to succeed in the right way.”

The newest coach on NBC's The Voice was but one of the many commenters (almost 600, as of publication, in fact) to respond to Mom Legend's first tweet, natch. A majority of tweeters replied with brief greetings, some even adding funny GIFs, including one of Stephens' winking son saying, "It's going to be legendary."

Some of Legend's fans also took the opportunity to sing his and his mom's praises. "You raised a true gentleman! 😘 💕" wrote one user. Another female Twitter user even hilariously noted that her 90-plus-year-old mother considers Legend to be one of her three boyfriends.

In addition to applauding Ms. Legend for "raising such an outstanding son," another mother shared that she was in the same boat as a social media newbie: "Welcome to Twitter Ms. Legend !!! I'm sort of new and still feeling myself around. My kids laughed when they saw me up here (I'm 62 not 102). Anyway welcome and enjoy."

Finally, another user named Amy expressed a wish that was already on basically everyone's mind, to be honest: "Hi! I hope you use your platform to tell the world embarrassing John stories. As a mother should. 😊"

As all of Teigen's followers well know, Mom Legend isn't the only grandmother to Luna, 2, and 10-month-old Miles to try her hand at social media. In addition to being one of the biggest stars of her daughter's social media account, Teigen's mom Vilailuck AKA Pepper has a widely popular Instagram account of her own where she often shares adorable family photos and hunger-inducing culinary delights — just like the Cravings cookbook author. Perhaps Pepper could pass down some of her tips for achieving Instagram fame.

As fans have excitedly welcomed Legend's mom to Twitter, they're also clearly pumped to see what content she adds to her family's existing cache of social media gold.