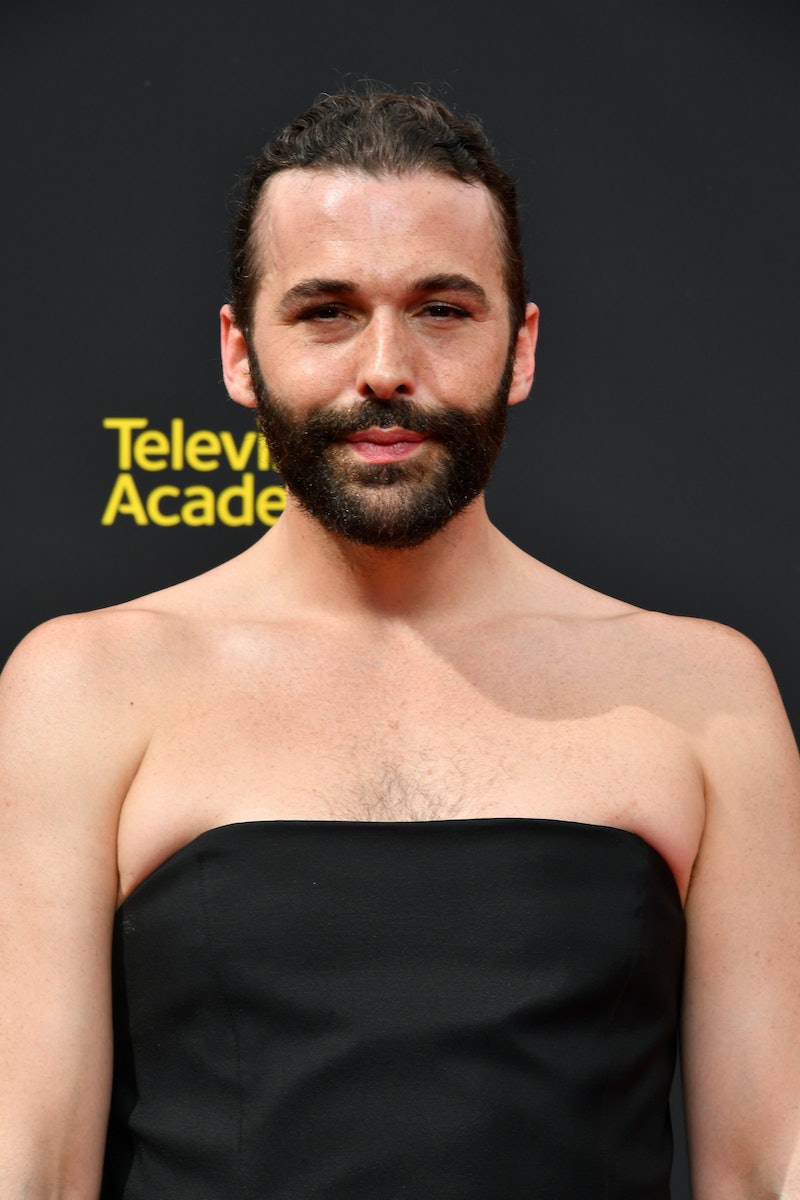 Just days after Queer Eye star Jonathan Van Ness revealed he's HIV-positive in a new interview with the New York Times, he's opening up again about how the experience has impacted him. While talking to The Guardian, Van Ness said his diagnosis gave him a reason to fight — not just for himself, but for other people with similar stories to his. In both interviews, he made clear he's speaking out to help reduce stigma.

Although Van Ness shares more about his diagnosis in his memoir, Over The Top: A Raw Journey to Self Love, which hits bookstores on Sept. 24, in the Times, he said that he found out about his HIV-positive status at 25 years old when he fainted in a salon. And now, he's telling The Guardian that he's realized that what he's been through has been preparing him to help start the conversation that needs to be had about HIV and AIDS.

“It occurred to me: what if everything I’ve ever been through was preparing me for this moment — to be strong enough to share this, and to share it on my own terms,” Van Ness said in the new interview. “Part of that for me is to process what’s happened, but the bigger part is that I wanted to do something to move the conversation forward in a meaningful way around HIV/Aids, and what it is to live with HIV, and to humanize and normalize a lot of the things I talk about."

Van Ness went on to say that his diagnosis has colored his passion for the upcoming 2020 election, and that this part of his life has made him more socially aware. "I absolutely do not think I’d have been as socially aware or conscious or want to make as much of a difference,” he told The Guardian. “It gave me a reason to really fight."

Fight he has. In his aforementioned Times piece he said something similar, "When Queer Eye came out, it was really difficult because I was like, 'Do I want to talk about my status?' And then I was like, 'The Trump administration has done everything they can do to have the stigmatization of the LGBT community thrive around me ... I do feel the need to talk about this."

This brand of honesty isn't new for him — back in June, he came out as nonbinary for the first time, calling himself "gender nonconforming." (Van Ness uses "he/him" pronouns.) "The older I get, the more I think that I'm nonbinary — I'm gender nonconforming," he said in an interview with Out Magazine at the time. "Like, some days I feel like a man, but then other days I feel like a woman. I don't really — I think my energies are really all over the place."

And anyone who follows Van Ness on Twitter also knows that he doesn't hold back when it comes to sharing his political opinions — especially when it comes to LGBTQ rights and the fight for gun control.

He's also been open on his podcast, Getting Curious With Jonathan Van Ness, about other topics that matter to him including episodes about why the census is so important and a discussion about climate change with Bill Nye. He asks approachable questions that any listener, with any amount of background information on the topic, might be wondering themselves, while infusing the interviews with his bubbly and inquisitive personality and elevating the voices of credible sources.

With his role on Queer Eye, his presence on social media, his political activism, and the way he's so candidly spoken about his HIV-positive status, it goes without saying that Van Ness has been fighting, just like he planned to. With him continuing to push such an important conversation ahead, there's no doubt his impact will continue to be felt.