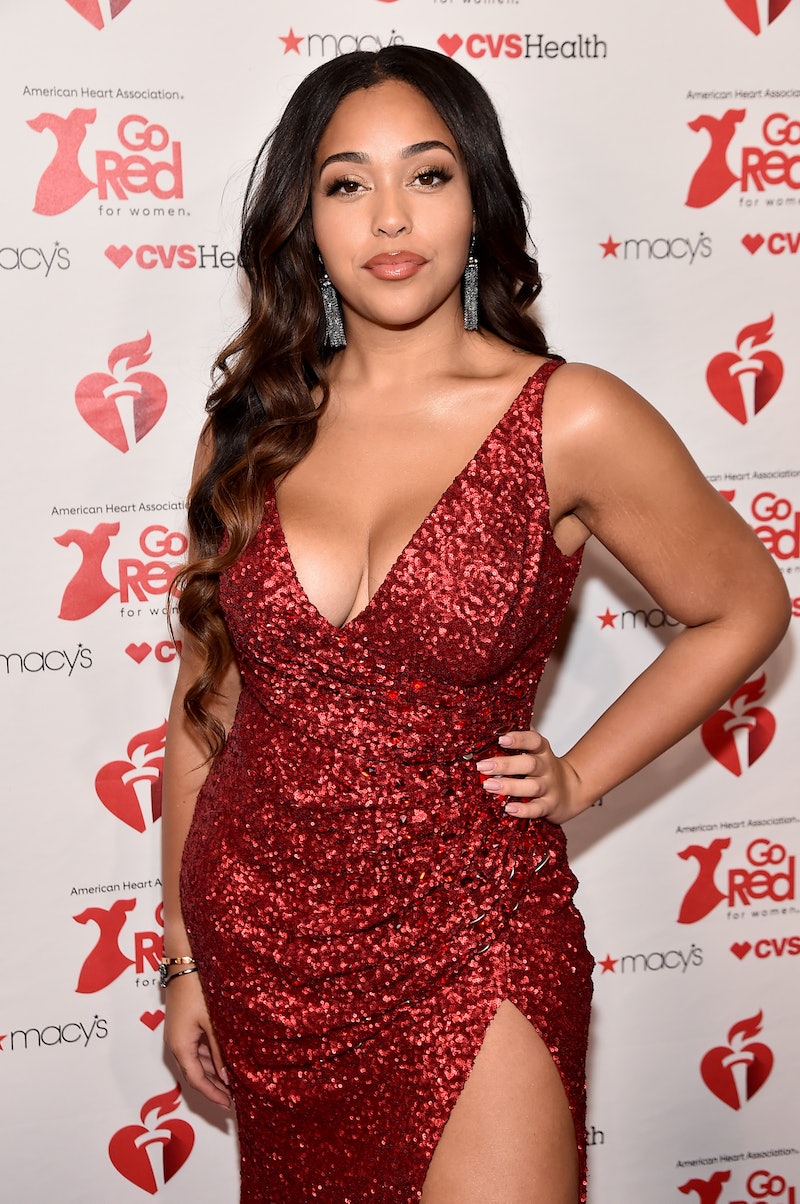 Jordyn Woods is back on Instagram. The model made her first photo, non-IG story post on the social media platform on Friday, March 8. Woods' first Instagram after the Tristan Thompson scandal has a caption that suggested she's focusing on the positive. The post has two selfie photos showing Woods smiling in the sunlight with a backdrop filled with trees. In the caption, she wrote:

If you’re reading this.. it means God has given you another day to wake up and be grateful & better than you were yesterday💕

Woods also took to her Instagram stories to salute the women she admires for International Women's Day. "I want to honor some women I admire for their constant contribution to make an impact on today's society," she wrote in her IG Story introducing her tribute. Woods proceeded to name and post photos of the following women: Melinda Gates, Malala, Sheryl Sandberg, former First Lady Michelle Obama, Tarana Janeen, Mia Hamm, Oprah, Wendy Kopp, Maya Lin, Wangari Maathai, and Ava DuVernay. Woods followed the IG Story tribute with a throwback photo of herself as a child and her mother Elizabeth Woods. "To all the strong mothers holding it down...the most special woman in my life @elizabeth woods."

These aren't Woods' very first Instagram Stories since the scandal, though. The model took to IG Live on Tuesday, Feb. 26 to tease her appearance on Jada Pinkett Smith's Red Table Talk series on Facebook Watch. Let's rewind a bit, though. In February, TMZ and Hollywood Unlocked claimed that Tristan Thompson reportedly cheated on Khloé Kardashian with Woods at a party. After the reports surfaced, E! News and Us Weekly confirmed that Khloé and Thompson had split.

Then, Woods appeared on Red Table Talk on March 1 and, in the interview, denied being "intimate" with Thompson. (Woods also clarified during the interview that she and Thompson "never" slept together.) Khloé had a passionate response to the interview on Twitter, but then followed it up with several tweets on March 2 that suggested Khloé is ready to move on and focus on the positive as well. Khloé wrote in those tweets:

This has been an awful week & I know everyone is sick of hearing about it all (as am I). I’m a rollercoaster of emotions & have said things I shouldn’t have. Honestly, Tristan cheating on me & humiliating me, wasn’t such a shock as the first time.

What’s been harder & more painful is being hurt by someone so close to me. Someone whom I love & treat like a little sister. But Jordyn is not to be blamed for the breakup of my family. This was Tristan’s fault.

"I have to move on with my life & count my blessings, my family, my health, & my beautiful baby True."

And it's clear from Woods' recent Instagram photo post and stories that she's looking to do the same — stay focused on the positives of life and move on.