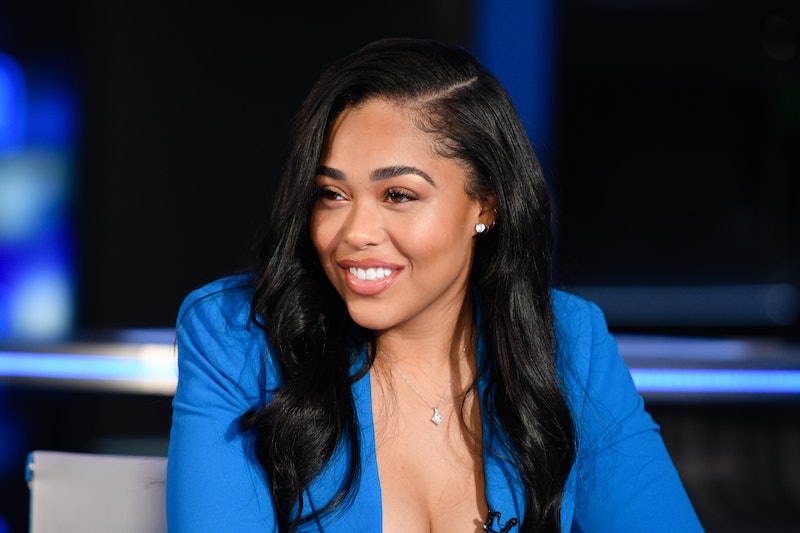 2019 hasn't been easy for Jordyn Woods. In fact, she told Extra it feels like the "the longest, shortest year of my life." But, Woods' year after the Tristan Thompson scandal taught her a lot, which is why she said this year, in some ways, was actually "fun."

“It’s been a year of growth, a lot of learning," Woods told Extra about the months after she was accused of sleeping with Khloé Kardashian's boyfriend. "But that’s what life’s about, I feel like it’s about learning and growing, life experiences teach you so much." Life, she said, "is the ultimate teacher."

It's why it's hard for her to define her year in one word. “It’s been fun, it’s been stressful," she said of her tumultuous 2019, which will end with the premiere of her new BET movie Sacrifice on Dec. 19. "It’s been the greatest teacher ever.”

It was also a year where she learned who her real friends are like Jada Pinkett Smith and Will Smith who stood behind her throughout this whole ordeal, and offered her a platform to tell her story on Red Table Talk. "You know, the support from everyone was amazing and I'm sure if there's any advice or anything that I need," she said. "They're just a phone call away."

Woods' comments came after it was revealed that she took a lie-detector test on Pinkett Smith's Facebook Watch series Red Table Talk, though the footage didn't make it into the episode. On the Dec. 11 year-end episode of Red Table Talk, Smith shared the video of Woods taking the test, which was filmed in February.

While the test, administered by Shon Thurman, a certified polygraphist with over 25 years experience, was reportedly two hours long, the clip only covers a few minutes. In it, Woods is asked directly, “Did you have sexual intercourse with Tristan Thompson?” to which she responded "no." Woods passed the test with "flying colors," according to Pinkett Smith. Thurman also tells her in the clip, "I believe you’re being truthful in the test.”

For Woods, clearing her name was the point of taking the test. “I just want everyone to know that I’m telling the truth,” Woods said in the clip. “That’s the most important part of the story to me, is the truth.”

After the video was released, Kardashian left a message on her Instagram Stories that fans thought was in response to the lie detector test: "Liars are always ready to take an oath." Days earlier, though, Kardashian forgave Woods and Thompson. "I don’t hold any negative or hateful feelings towards ANYONE!" she wrote on her Instagram Stories. "I mean that. Life is short! We are all humans trying to figure out this thing called life."

Hopefully, this means Woods' next year will be way more fun and far less stressful than this current one.