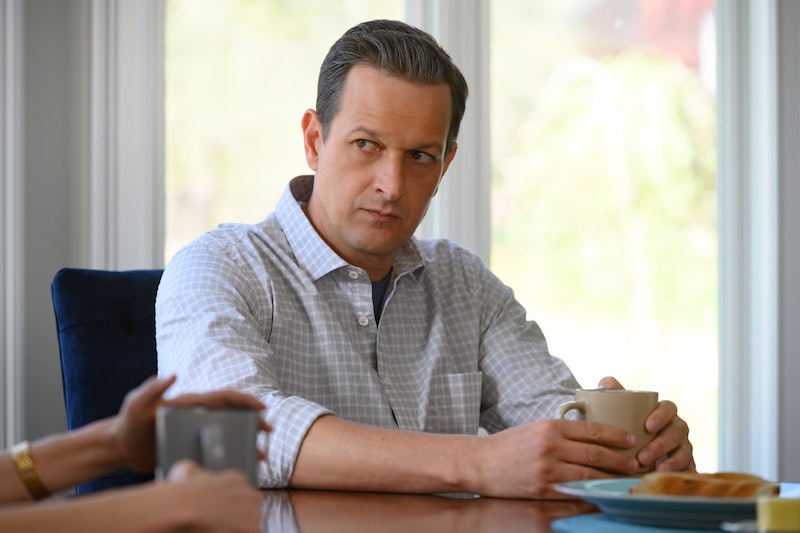 Showtime's The Loudest Voice depicts Roger Ailes' rise in American media, and his downfall due to sexual harassment allegations against him. But it's not just his story. The Loudest Voice also turns much of its attention to Gretchen Carlson, a former Fox News anchor was subjected to years of abuse and harassment from Ailes. Josh Charles' Loudest Voice character, Casey Close, starts to play a prominent role in the series once the show dives into Gretchen's home life, as Close finds himself on the fringes of Ailes' world through his marriage to Carlson.

Casey Close isn't involved in reporting the news like his wife is, but he has been the subject of some impressive stories in the world of baseball. Close had a brief career as a professional baseball player, playing from 1986 to 1990 for a variety of minor league baseball teams across the country. Then, Close transitioned to becoming a sports agent and began to represent a young Derek Jeter, who he remained with throughout the entirety of Jeter's career and signed staggering contract deals, including a $189 million deal in 2000. Of Close, Jeter told USA Today that "We have a relationship that goes beyond player-agent. He's just a good person, you know. Really, we have a lot of the same characteristics. I'm extremely loyal. So is Casey."

Close hasn't spoken out about Ailes in any way, and tends to keep his interviews from getting into his personal life, focusing more on his professional achievements in the world of sports. However, in Carlson's memoir Be Fierce: Stop Harassment and Take Your Power Back, she states that Close has "always been supportive of my ambitions and proud of my achievements — and who models every day for our children what it means to be a good man." Close may not play a huge role in the larger story being told in The Loudest Voice, but his important role in Carlson's life makes it crucial that the show's characterization of him leave an impact on the audience — which makes Josh Charles a stellar fit.

The role of Close fits in comfortably alongside Charles' history of TV roles, both in relation to Close's relationship to sports and the character's proclivity to an ethically complicated situation. Charles spent two seasons on the television series Sports Night, on which he played anchor Dan Rydell who would comment on the goings-on of athletes and agents based off of real people like Jeter and Close. Following his time on Sports Night, he spent five seasons on The Good Wife as legal anti-hero Will Gardner whose moral failings clashed with his passion for trying to do right by others.

By examining Carlson's home life, The Loudest Voice examines how abuse and sexual harassment that happens in a professional setting can follow someone when they go home to their families and how people react when they learn that their loved one is being hurt by their supervisors and employers.

Close may not have the loudest voice on The Loudest Voice, but allowing the audience to see Carlson's mood working for Ailes through Close's eyes is crucial to understanding the impact that Ailes had on those who worked with him.