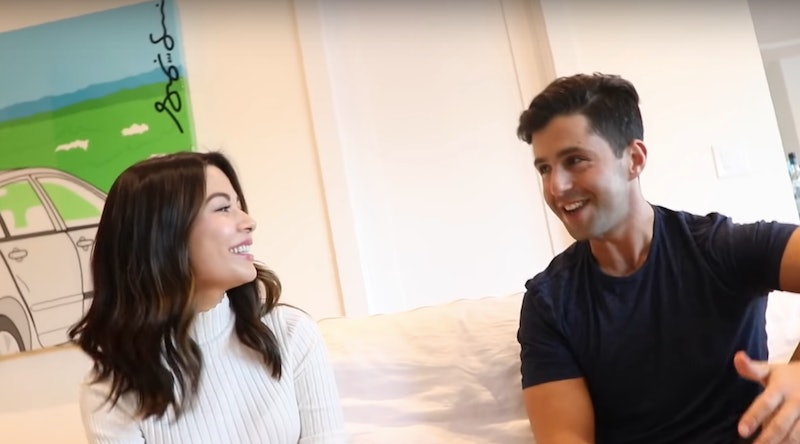 Drake & Josh went off the air in 2007. But for the cast, it looks like no time at all has passed. Josh Peck and Miranda Cosgrove had a mini reunion this week, and it looks like the former costars had plenty of fun catching up.

In the photos Cosgrove posted on Instagram, she and Peck are goofing off with Peck's friend, vlogger David Dobrick. "Got to see an old boob and make a new friend yesterday," Cosgrove wrote in her Instagram post.

Peck shared one of the same pictures on his own account, writing, "She's so sweet yet so evil." Naturally, plenty of fans couldn't resist commenting an all-caps "MEGAN" on Peck's photo, a reference to Cosgrove's character on the show. Cosgrove, of course, played Drake's younger sister, who became Josh's younger sister, too, when their parents got married.

As People explained, the reunion wasn't an accident. Apparently, Dobrik reached out to Cosgrove to orchestrate the get-together. "I haven't seen Josh in four years, five years," Cosgrove said in a YouTube video Dobrik posted. And if you're wondering about the timeline, yes, that means that Cosgrove wasn't invited to Peck's wedding last summer. It looks like Drake Bell wasn't the only one left off the guest list.

In the video, Dobrik surprised Peck by giving him a baby gift, only to reveal that it was actually from his "sister." Then, Cosgrove, who'd been hiding in the hallway, came out to surprise Peck. (She managed to pull off a total Megan moment, too — she and Dobrik successfully threw a pie in Peck's face.)

"It's good to see you. Sorry I didn't invite you to my wedding. Thanks for not tweeting about it," Peck said to Cosgrove, according to People. His statement, of course, is a reference to the situation that unfolded between the titular Drake & Josh duo last year.

After seeing news about Peck's wedding, Bell tweeted, "When you're not invited to the wedding the message is clear…. Loyalty is key… ALWAYS remember where you came from."

Fortunately, it looks like the disagreement is long in the past. Bell appeared in a video Peck shared earlier this year, where the actor told his friends that he and his wife, Paige O'Brien, are expecting a baby. Bell appeared super stoked for his friend, though he couldn't resist joking about how "old" the duo has gotten. They've definitely come a long way from being annoyed with Megan on-screen, anyway.

Bell also joked about Peck's child calling him "Uncle Drake" and said he'd teach them to play the guitar. It looks like his momentary hurt over the wedding invite snub is long over. And based on this week's reunion news, it's possible that Cosgrove could be an honorary aunt to Peck's baby, too.

The Drake & Josh cast's recent reunions will inspire serious nostalgia among kids who grew up in the early 2000s. They may be a far cry from Nickelodeon these days, but it looks like Peck, Cosgrove, and Bell will always have a special place in each other's hearts. Even if they don't always have a place on each other's wedding guest lists.