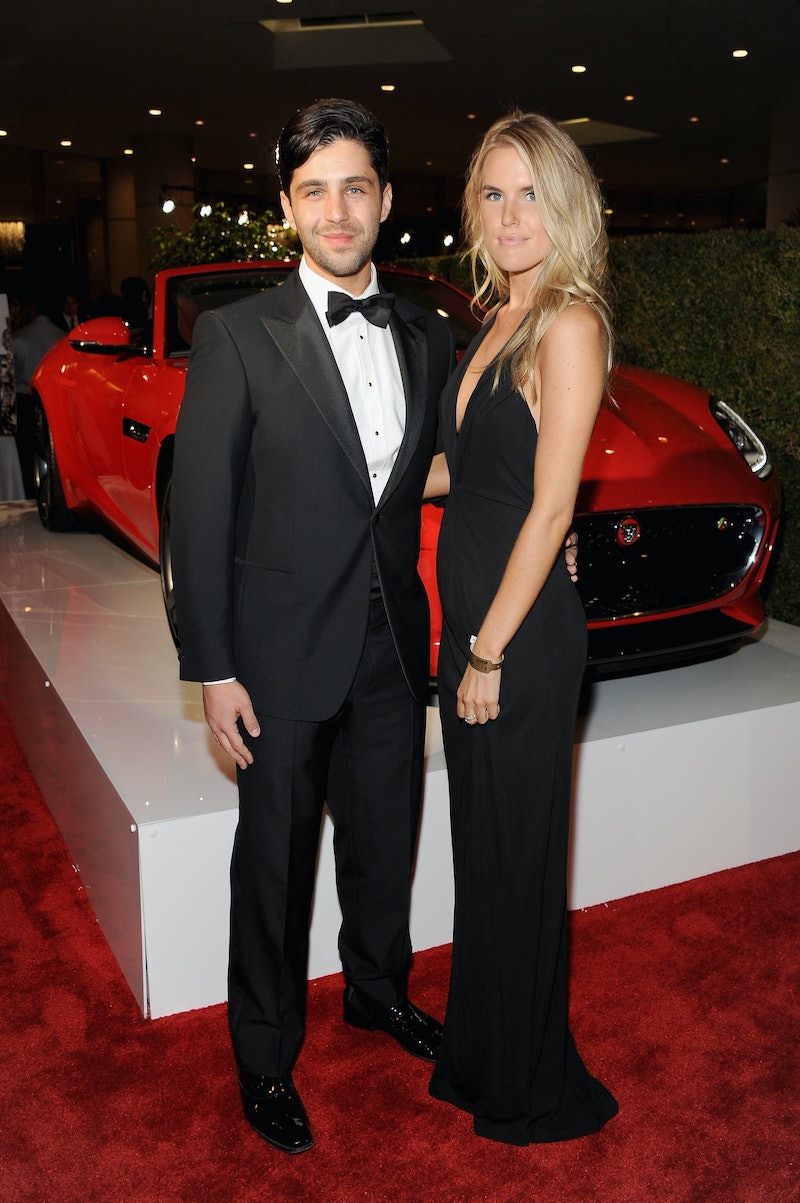 *Drake & Josh “Hug me, brother!” voice* Hug me, baby news! Josh Peck and Paige O’Brien are expecting their first child. The couple made the exciting announcement on Thursday, Aug. 23 by posting some pictures on — where else? — social media. “Oh baby,” Peck wrote on Instagram. “Literally, there’s a baby in there. Love u @paigeobrienn.” O'Brien threw some photos on the ol' IG, too, writing, “We’re havin’ a baby!”

The last few years of Peck and O'Brien's relationship have been mighty eventful. After dating for several years, Peck and and O’Brien got engaged in 2016. The two tied the knot on June 17, 2017. (And yes, that also happened to be the day when Peck’s Drake & Josh co-star Drake Bell fired off a series of tweets that broke the hearts of Nickelodeon fans of a certain age everywhere. But uh, we are not going to get into that drama right now. This is a time for celebrating happy baby news, not for rehashing the fallout from a wedding invite snub. They've moved on from that whole... debacle. It's fine. It's fine. Everything is fine.) And now it's 2018 and Peck and O’Brien are about to have a baby.

And do you know that means? Peck can finally have the good phone background he has always wanted.

As is wont to happen whenever a star of a beloved '00s sitcom shares a major life update (e.g., a baby is on the way, a wedding is on the way, a bunch of angry tweets about a co-star are on the way), fans have some feelings about Peck and O'Brien's announcement.

And by "some feelings," we mean "heaps and heaps of feelings."

Same goes for the all caps.

The '00s Nickelodeon stars are growing up...

And the '00s Disney Channel stars are growing up, too. We're all growing up. Everyone is growing up.

The sands of time really do come for us all.

When you grow up watching someone on TV, it's basically like growing up together... right? Right. OK, cool.

A GIF that's worth a thousand tweets.

Oh. Oh. Oh, man. After all of the wedding non-vite drama (again, not going to get into it), it sure would be a twist if Peck and O'Brien asked Bell to be the baby's godfather.

Speaking of Bell, his reaction to Peck and O'Brien's announcement was not anything like his response to the, uh... rhymes with "fledding flea flasn't flinvited flu." Instead, he tweeted a sweet and loving message to O'Brien and the person who played his brother on Drake & Josh. "Congratulations to @ItsJoshPeck and @paigeobrienn on the big news!!!" Bell wrote. "Can’t wait to meet the little one!! Sooo exciting!!!!"

Wow. Never doubt the healing powers of a hug at the MTV Video Music Awards.

All of the congrats to Peck and O'Brien. May no baby shower guests gift them with a beautifully wrapped catapult.