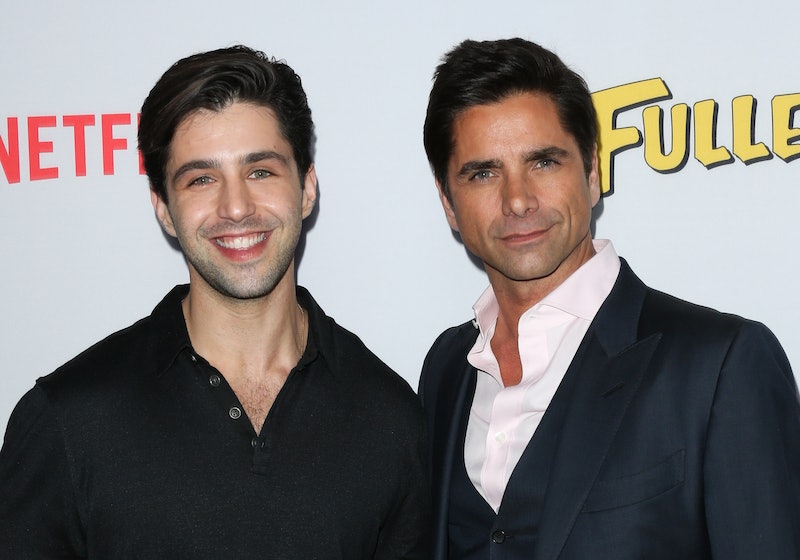 After first appearing as "hipster helicopter parent" Ben in Season 4, Josh Peck makes another Fuller House cameo in the Netflix series' final batch of episodes, allowing him to go toe to toe with his Grandfathered costar John Stamos for a second time. When Jesse discovers someone apparently bit Pamela at school, he decides to stage a "sting operation" disguised as an after school playdate in order to find the perpetrator.

This leads him to clash with Ben over their different generational parenting styles, as Ben's son "knows better than to have processed sugar" and doesn't buy into Jesse's plan to compare bite marks from the cookies to the one on Pamela's arm. Ben also rightfully claims his boy is no biter (even though his misuse of gender pronouns admittedly needs some work). When it turns out that Pamela had bitten herself, Jesse very begrudgingly apologizes to Ben, saying, "Sorry for being the jerk I thought you were."

The men's second onscreen meeting includes plenty of nods to their first, when Ben mistook Jesse for Pamela's grandfather and later cried over his rendition of Aerosmith's "I Don’t Want to Miss a Thing." Following Stephanie's gender reveal party, it seemed they might even become "buds," but, as Ben revealed in Season 5, Jesse never called him. After Ben drops his new age-y philosophy about forgiveness being "a hug you give to your soul" and initiates an actual embrace, Jesse laments that was his reason for not returning Ben's calls.

Stamos, who previously played Peck's dad on Grandfathered, called Peck "hands down, the finest guest star" on the series since Jaleel White reprised his iconic Steve Urkel role. "Your childhoods are about to collide AF," he wrote on Instagram ahead of Peck's first Fuller House cameo in 2018.

Unlike their Fuller House characters, Stamos is a father Peck looks up to in real life. "Stamos is already crushing fatherhood. No joke," he told Entertainment Tonight in 2018. "Can you imagine John Stamos changing a diaper? I mean, that baby is lucky. But his son, Billy, is gorgeous and if I can get anything quite like that, I'll be overpaid."