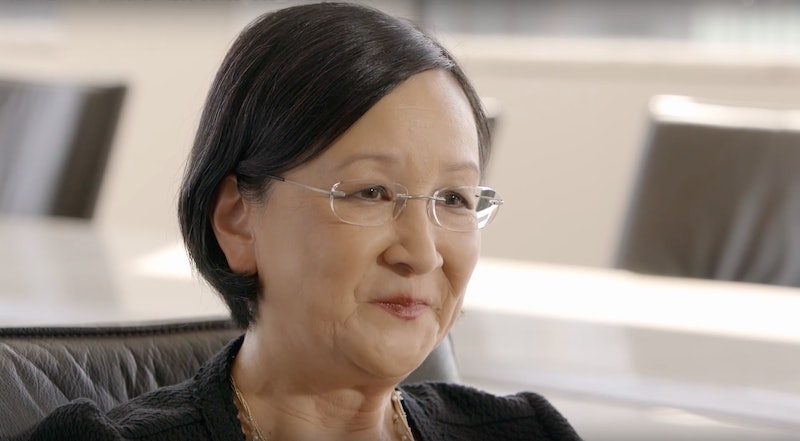 As a 4'11" Chinese American woman, Judge Dolly Gee is used to being both the only woman and the only person of a color in the room. But according to her, she's never let that stop her. As a daughter of immigrants herself, she has spent her career advocating for the underdog, and soon, Judge Dolly Gee will rule on Trump's executive order to hold undocumented immigrant families in detention indefinitely.

Currently, under the 1997 Flores settlement agreement, migrant families are only allowed to be detained for 20 days while they await trial, before they must be released. The alternatives to this option are family separation or releasing the family together. The Trump administration is pushing to alter the ruling so that families can remain in custody together, but for longer periods of time.

Gee herself comes from a family that has experienced the effects of immigration restriction. In an interview with the National Asian Pacific American Bar Association (NAPABA), she explained that her family has a long history with moving to America. Her great-great-grandfather immigrated to the United States to work on the Trans-Continental Railroad in the 1800's, but was later forced to return to China as a result of the 1882 Chinese Exclusion Act. Decades later, her father moved to America, learned English at the age of 15, and enrolled in the United States Navy to fight in World War II.

Gee's roots as a daughter of Chinese immigrants solidified early on her desire to advocate for immigrant rights, according to her NAPABA interview. Because her mother, a garment worker, didn't speak English, Gee helped her navigate things like doctor's appointments and employment applications. She said she witnessed the kinds of abuse that non-English speakers face in the workplace, and "decided at a fairly early age that [she] wanted to do some type of work that would address some of the inequities that [she] saw as a child," she said in the interview.

In her years working as a lawyer, Gee fought for labor unions, advocated against an end to affirmative action, and at one point represented victims of the 1992 Rodney King riots pro bono. Late in the Clinton administration's term, she applied for a position as a federal judge.

"The pool of people applying for federal judgeships at that time was very non-diverse," she said in her interview with NAPABA. "Many of my friends pointed out that I would become the first Asian-American woman to become a federal judge."

It took a few years, but she did become just that. Shortly after President Clinton nominated her, the Bush administration and a Republican-held Congress came into power, and she never received a hearing for her nomination. She applied again at the start of Obama's first term and was confirmed on Christmas Eve in 2009.

Gee's track record on the bench is a reflection of the values she said brought her into the legal profession, and particularly her passion for immigrant rights. In 2013, she made headlines by ordering for the first time that immigrants with mental disabilities be given free legal representation in court.

In 2015, she ordered the Obama administration to release migrant families from detention as quickly as possible, citing "widespread deplorable conditions" in Border Patrol stations, and decided the Flores ruling should apply to all children in government detention, both accompanied and unaccompanied.

Last year, Gee also weighed in on the Trump administration's travel restrictions on majority Muslim countries. After an Iranian man carrying a valid visa was detained at Los Angeles International Airport and deported back to Iran, she ordered that authorities return him to the United States.

Her ruling history suggests she is unlikely to approve the Trump administration's proposed change to the Flores settlement, which would leave the issue somewhat open-ended — the administration could release families in detention, start separating them again, or even potentially go through Congress to override Gee's decision and allow for longer detention periods. Even with the alternatives to family separation, if she were to uphold the settlement, President Trump might again take the opportunity to blame Democrats for stalling a solution to current immigration issues.

"I don’t imagine that gives her much concern," Henry M. Willis, a partner at her former law firm, told The New York Times. "She’s not the type to flinch from her obligations, just because someone might be unhappy."