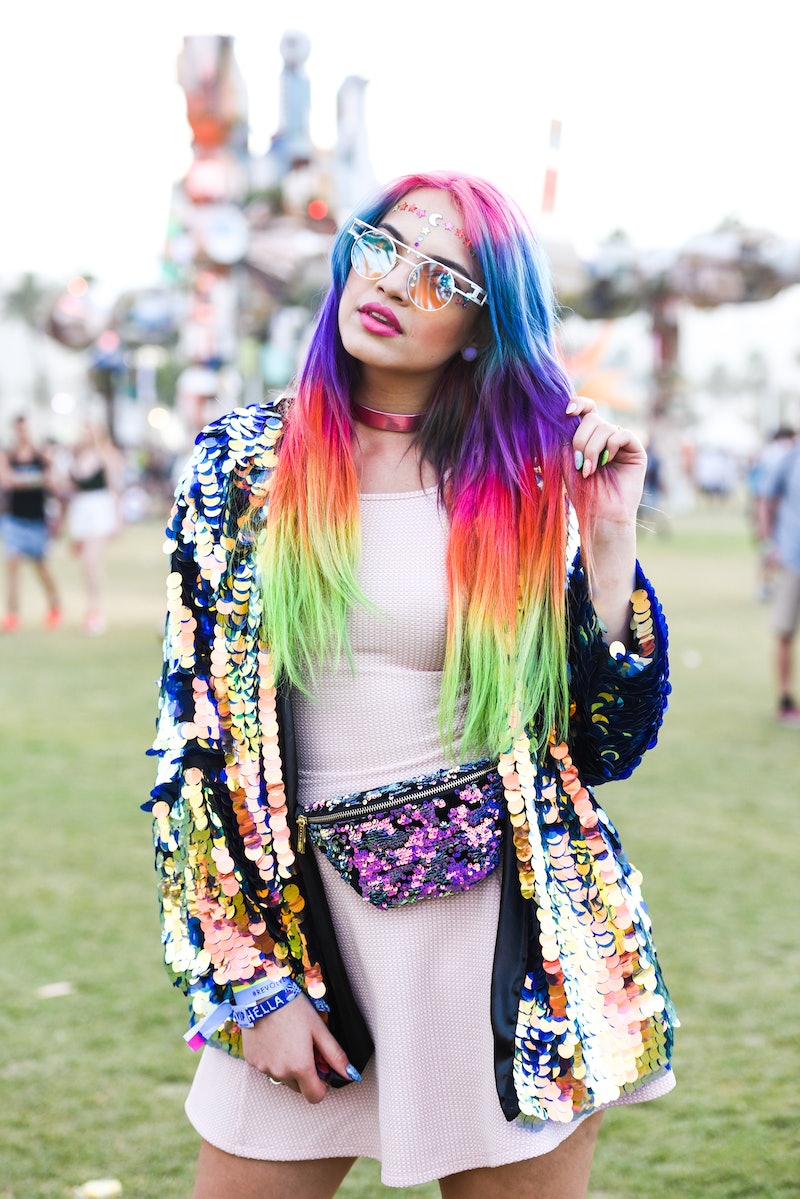 If you could use an extra sprinkle of pixie dust this month, the June 13 new moon in Gemini is going to deliver in a big way. Not in the know about the gifts of the Gemini new moon? The June 2018 new moon astrology predictions that all zodiac signs should know includes a rare alignment of the stars and an extra energetic super new moon that can help you manifest everything you want.

"Under this new moon every one of us becomes a medium transmitting one’s very essence, and since the message is crystal clear, this new moon in Gemini becomes the key message of our own selves," Andrew Ifandis wrote for Cosmos of Astrology. Additionally, Astrology King explained on its website that the Gemini new moon will be heavily influenced by eight fixed stars: Bellatrix, Capella, Phact, Mintaka, El Nath, Ensis, Alnilam, and Al Hecka. So, just what does this cosmic alignment mean for you?

If you've been feeling silenced, Bellatrix can help you find your voice and speak your truth; just be careful to think before you say something you can't take back. The brightest star in the bunch, Capella is the, "most fortunate of these stars and gives honor, wealth, eminence, renown, a public position of trust, and eminent friends" Astrology King revealed. "It makes people careful, timorous, inquisitive, very fond of knowledge, and particularly of novelties."

It's no secret that good news has been in short supply as of late, but Phact — known as the dove of the stars — will bring some much needed good news, kindness, and good fortune into your orbit. Armed with this information, the June 13 new moon in Gemini might be a good time to buy a lottery ticket, apply for a job, or enter a contest.

Mintaka, which is positioned in Orion's belt during the June 2018 new moon, offers protection from everything dark and twisty that has permeated the first half of the year. This star basically provides a cosmic shower of stardust to make you feel all bright and shiny like a brand new baby. El Nath is related to success in business, which makes the new moon an ideal time to reach for your career goals or start a side hustle.

Ensis could inspire self confidence and help you jump start new endeavors during the next six months. For those with good intentions, Alnilam can bring prosperity. "Alnilam has a generally brighter message with its pearls or jewels on the belt, and its Jupiter-Saturn simile," Astrology King explained. "It is the signal of being able to do really great things if it is well aspected, and to be well rewarded as a result."

On the flip side, Al Hecka is associated with danger and accidents, so you'll want to be extra careful not to get so caught up in the magic of the other stars that you're not aware of where you're going — both literally and metaphorically.

In this same vein, Darstar Astrology explained on its website that decisions made during the new moon should be directed by your gut because, without the sun to light the way, you're basically wandering around in a state of cosmic blindness.

"With a new moon, we are working 100 percent on our instincts, so any decisions made at this time will be from habitual drives and infantile cravings, which may not be in our best interest. We should listen to our [bodies]." While it's full of karmic gifts for the future, the June 2018 new moon is actually a time to stay grounded in the present and hit the reset button. Because, you can't accept its gifts without shedding what's been weighing you down. Think of yourself like a snake and that skin your molting is the first six months of 2018. Buh-bye.

"This new moon [in] June is mainly about recovering from multitasking in our very busy lives," Darkstar Astrology noted. "Nostalgia can be very comforting also and can take us back to a time when we had fewer responsibilities and led a simpler life."

The bottom line? It's been a rough year so far. Don't feel even a little guilty for taking time for self care during the June 2018 new moon in Gemini. When you take the time to slow down things tend to come into focus. Seriously, it's difficult to see what's happening when you're barreling down the highway at 100 miles an hour; that just turns everything into a blur. Taking some time to stand still can reveal the best path forward for the second half of 2018. Use the lucky stars of the June new moon to light your way.