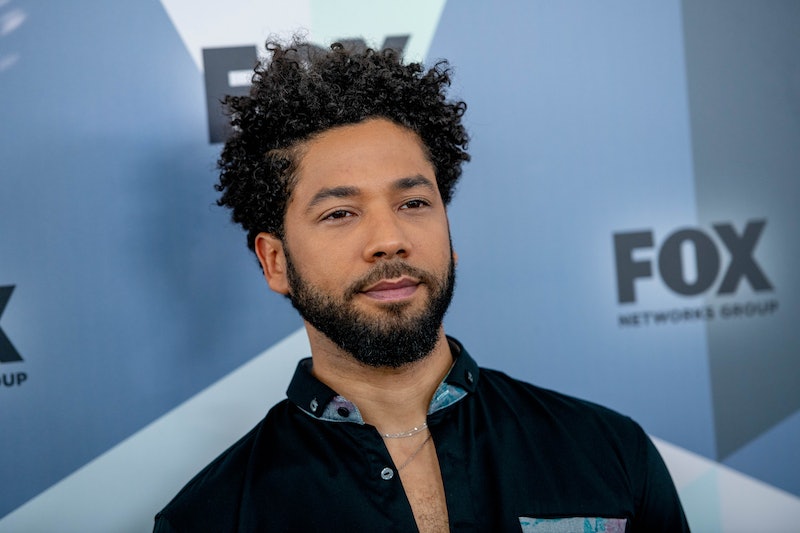 In the first televised interview since he reported a brutal attack against him to the Chicago police, Jussie Smollett spoke to Good Morning America's Robin Roberts about what happened and how he was feeling in its aftermath. "I'm pissed off," Smollett said, according to an excerpt of the interview, which will air on Thursday. "It's the attackers, but it's also the attacks."

The Empire actor told Roberts that he was frustrated, not only by the attack that happened in late January but also by those who said they didn't believe him.

"Like, you know, at first it was the thing of like, listen, if I tell the truth, then that's it because it's the truth," Smollett said. "Then it became a thing of, like, how can you doubt that? How can you not believe that? It's the truth." At one point, Smollett choked up when Roberts asked if he feared for his life when he was attacked.

The African-American actor, who is openly gay, was walking in Chicago when someone allegedly hurled racial and homophobic slurs at him, according to a statement from the Chicago Police Department. Police said two men allegedly attacked the Empire actor by throwing "an unknown chemical substance" at the actor and attempting to tie a rope around Smollett's throat. The Chicago PD also noted that it was investigating the attack as a "possible hate crime."

ABC News reported that Smollett also informed the police that his alleged attackers yelled "MAGA Country" at him in a reference to President Trump's "Make America Great Again" slogan. The actor's music manager, who was reportedly on the phone with Smollett at the time, told Variety he "clearly" heard the same words.

Although Smollett gave his phone records to the Chicago Police Department to confirm that he was on the phone with his music manager before the attack, authorities said the content was too redacted to provide any substantial information for the case.

Chicago Police spokesman Anthony Guglielmi stated, "We are very appreciative of the victim’s cooperation. However, the records provided do not meet the burden for a criminal investigation." The New York Times reported that Smollett's representatives claimed the actor redacted information to protect the "privacy of personal contacts or high-profile individuals not relevant to the attack."

In addition to many in the entertainment industry and beyond expressing solidarity with him and denouncing the attack, Smollett's family has also been vocally supportive. Two days after the attack, his family released a statement, slamming the "violent and unprovoked" incident on Smollett. They called him a "warrior who light cannot be dimmed" and said the attack on him was a "racial and homophobic hate crime."

"Oftentimes ending fatally, these are inhumane acts of domestic terrorism and they should be treated as such. They will continue to occur until we hold each other accountable," Smollett's family said in the statement. "Make no mistake, words matter. Hateful words lead to hateful actions. Radical love is the only solution, but passivity will be our downfall."