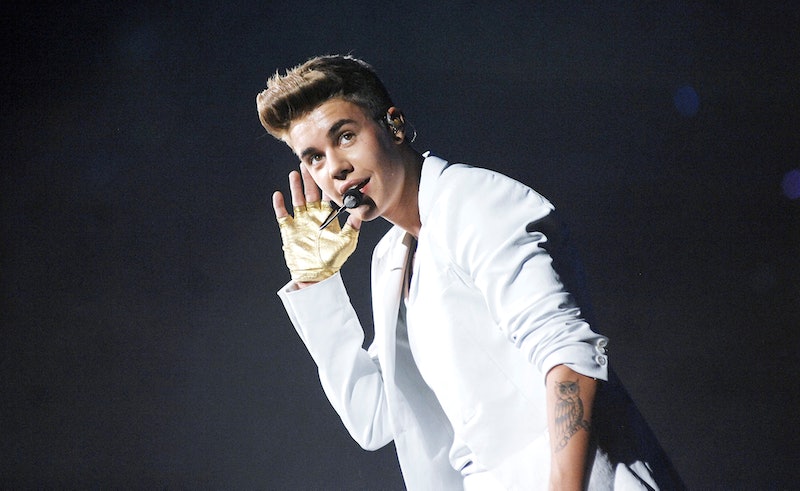 The last time Justin Bieber released a new studio album, Barack Obama was president, Stranger Things didn't exist, and Kylie Jenner was still two weeks away from releasing her very first lip kit. In other words, it's been a long time since Biebs released an album, but that's about to change. Justin Bieber announced a new album for 2020, and that's not all. In a Christmas Eve Twitter post, the 25-year-old pop star also revealed an impending new single, new tour, and a new docuseries, ensuring that the upcoming year will be the most Bieber-heavy since at least 2015 when he released his last studio album, Purpose.

Bieber had been tweeting cryptically about 2020 all December, but he really ramped up his efforts on the 24th. After spending his morning sharing a number of old Bieber Christmas music videos with the caption "While we wait," Bieber finally unveiled the goods at noon EST with a video labeled with the hashtag #BIEBER2020. The minute-and-a-half video features Bieber strolling around a desert gas station looking pensive as his narration reveals how his forthcoming album represents where he is in his life currently and is made up of his favorite music he's done so far in his career. The video reveals the album, the docuseries, the 45-stop stadium tour, and the new single "Yummy," which arrives on Jan. 3. Portions of the new song can be heard throughout the video.

In a second tweet, Bieber provided a link to presave the upcoming single on Spotify, ensuring that his fans will be able to listen to the track as soon as it drops on the first Friday of the new decade. And in case you missed your city in the video, here's the full list of stops on Biebs' upcoming tour:

There are still several details to be revealed, including the official title of the new album (unless it's just called Bieber 2020) as well as its actual release date, but one thing's for certain: 2020 is going to be a big year for Justin Bieber fans.