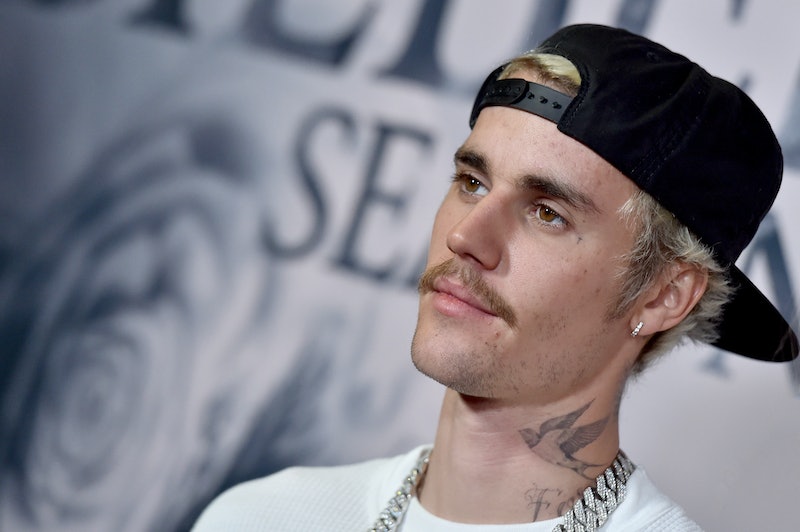 Less than a day after Justin Bieber was accused of sexually assaulting a young woman in 2014, Bieber denied allegations of sexual assault, and says he will be taking "legal action." In a series of multiple tweets shared Sunday, June 21, Bieber wrote that, while he doesn't "normally address things," he decided to respond to the recent allegations after speaking with his wife, Hailey Baldwin. "In the past 24 hours a new Twitter appeared that told a story of myself involved with sexual abuse on March 9, 2014 in Austin Texas at the Four seasons hotel," he continued. "I want to be clear. There is no truth to this story. In fact I will soon show I was never present at that location."

On Saturday, June 20, a woman, identified only as Danielle, alleged in a since-deleted tweet that she had met Bieber in 2014 in Austin — she was 21 and he was 20 at the time — and that she had been invited back to a hotel party with the singer at the Four Seasons. She alleged that what began as consensual kissing led to a sexual assault after she tried to stop the encounter. "I was very uncomfortable, and I felt myself starting to hyperventilate. I told him to get off because I was starting to worry about my friends," she claimed, adding that he "forced himself" on her.

Bieber, however, has now responded that, while there are elements of her allegations that are true — he was, in fact, in Austin on the night in question, and he did perform a surprise show at SXSW, as she had recounted — the encounter never occurred. "What this person did not know was that I attended that show with my then gf Selena Gomez," he wrote, adding a link to an Us Weekly article about their SXSW appearance for good measure. In a later tweet, the singer claimed that he and Gomez had not been at the Four Seasons, but had stayed "at the airbnb on the 9th and on the 10th stayed at a Westin." Bieber attached photographs of his "receipts for the hotel on the 10th," which apparently show Bieber checking into the Westin under the alias "Mike Lowery."

He also shared a few other photos from the night of March 9, 2014, writing in a later tweet that the photos of him and Gomez "should make it clear that we were together that night and went from the venue to our Airbnb and never went to the four seasons."

Bieber tweeted that he remained in Austin for another night without Gomez, but continued to stay at the Westin. Furthermore, he claimed that he was never at the Four Seasons hotel on the night in question, writing in part, "We have also confirmed with the Four Seasons regional manager that I was never on property on the 9th of March 2014 and never a guest on the 9th or the 10th."

Finally, the singer concluded with one final tweet, noting that "every claim of sexual abuse should be taken very seriously," and claiming that he took the day to respond because he wanted to have all the facts. "However this story is factually impossible and that is why I will be working with twitter and authorities to take legal action." It's unclear what Bieber means by "legal action." The tweet from "Danielle" has already been removed or deleted from Twitter, and the account that posted the allegation — @danielleglvn — no longer exists.

Bieber did not address the second allegation against him, posted by a woman identified as Kadi (@ItsnotKadi) after the first allegation. Kadi claimed that Bieber assaulted her on May 4, 2015. Bustle reached out to representatives for Bieber for comment, but did not receive an immediate response.